Economic Value of Golf to be Debated in Parliament 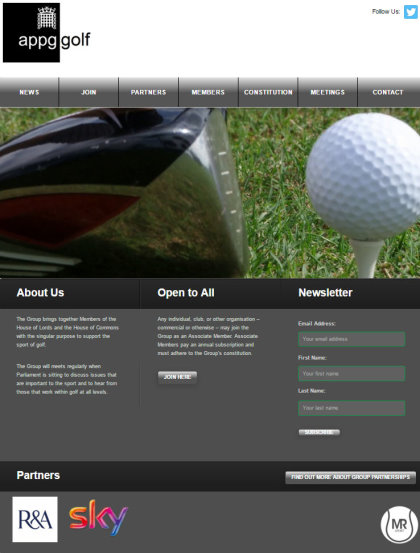 A debate is to take place in the House of Commons on the value of golf to the UK economy.

The Adjournment Debate, which will take place in the Commons Chamber on the evening of Wednesday 13 April, was applied for by Lincoln MP and Chairman of the All-Party Parliamentary Golf Group Karl McCartney.

The Debate follows an independent report published last week (Monday 21 March) by Sheffield Hallam University, commissioned by The R&A, that shows in detail how much the sport of golf adds to the UK economy.

Nearly 74,500 people work in the UK golf industry with a third employed directly by nearly 3,000 clubs. Golfers spent £4.3 billion on their sport in 2014, half of which was channelled through clubs, and accounted for 14% of all consumer spending on sport. Golf paid £990 million in taxes to the Government over the same period.

The overall outcome is that golf’s gross value add to the UK economy is calculated at £2 billion or 7% of GVA attributed to all sport in the United Kingdom and after accounting for indirect and induced economic impact effects, the turnover of the UK golf industry is estimated at £10.3 billion for 2014.

In calling for the debate, Karl McCartney said, “After seeing just how much golf does for the UK in terms of revenue generated, tax paid and people employed, it is only right that a sport of this scale is debated in the House of Commons chamber and the details placed on public record. Golf is one of the UK’s biggest industries and as the home of golf, we can use this data to ensure more is done to encourage people to become involved.”

The Sports Minister, David Evennett, will most likely respond to points raised in the Debate on behalf of the Government.

The All-Party Parliamentary Golf Group has the singular goal “to support the sport of golf.”  Members of both Houses of Parliament, and Associate Members, meet in Westminster when Parliament is sitting to raise, discuss, and resolve issues important to golf.

The Group receives no taxpayer funding and is reliant on subscriptions from external partners to help deliver its aims.

Lutterworth Golf Club’s historic clubhouse has been raised to the ground by a fire that ripped through the building on May 1.

European Tour and Ryder Cup star Tommy Fleetwood has launched a new junior tour aimed at providing an encouraging and competitive environment for junior golfers in the UK aged between five and 15.