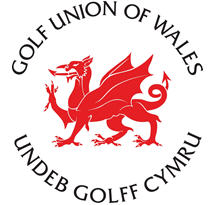 The New Year’s Resolution at many Welsh golf clubs should be to follow recommendations in the Securing the Future documents sent out by Golf Development Wales.

January will mark the first anniversary of the chunky information pack being made available by GDW – several who have taken on board the plans and approaches have increased both membership and green fees at their club.

“Everything about it has been positive,” said Cradoc secretary Robert Southcott, while Langland Bay’s Andrew Minty added, “The advice is good.”

The first copy is available free for golf clubs in Wales and more than 100 have requested the resource, as well as 33 individuals, with a significant impact being made as a result.

For instance Cradoc in Mid Wales have recruited 48 new members, while those under the age of 30 have gone up from one to 24, Langland Bay’s green fee bookings for next year are already more than the total for last year, while membership has also increased, and Cardigan have attracted 21 new members, with Chirk recruiting 45 new junior members.

They are just some of the major benefits clubs are finding from using the Securing the Future resource which has pulled together all the best practice examples from around Wales and the UK.

The ‘Securing the Future’ Resource is a comprehensive guide for Golf Clubs on recruiting and retaining golfers. It contains results from last year’s Welsh Golf Club Survey, enabling a club to compare its statistics to national results.

“It is great to see from the feedback from clubs that this really works at a time when such advice is very necessary to help so many golf clubs in Wales,” said Golf Union of Wales director of development Hannah Fitzpatrick.

“It is a way of helping the clubs to help themselves and is strongly based round best practice which has already worked at some clubs.

“The majority of the clubs in Wales have asked for this resource and have benefited as a result, but we would like to see every club in Wales making the most of the opportunities.”

Langland Bay secretary Minty added, “Like almost every club in Britain we were losing revenue, but things have gone well this year.

“We have a marketing budget in place, an automatic tee booking system which the members are enjoying, we have improved the course, while green fee bookings for next year are already more than the total for last year while being balanced around the needs of members.

“We have staggered membership fees below the age of 30 and that has had a big impact, taster sessions for ladies have also been important, while we benefited from the Ryder Cup as well.”

Cradoc’s Southcott agreed the difficult economic times have forced golf clubs to think about the way they attract and look after their members. “We had lost a lot of members, but this year we have been able to recruit a lot and our green fees are up so we are much more positive about it all,” he said.

“There are a lot of people who do not play a great deal of golf, so we have some different membership categories to help people remain at the club and to play golf.

“They were not going to other clubs, they were just stopping playing golf altogether, so now we have points based categories, twilight membership, we have also looked at the fact we had one member between the ages of 20-30.

“That has been particularly successful and we now have 22 members in that category – that is the future of the club.

“Securing the Future crystallised our thinking, showed it was worth having a go at the ideas we had. The booklets on etiquetee always go out to new members, but there is so many other parts included.

“We have made the club much more welcoming, there are better signs to make it easier to find – it helped that we were part of the Ryder Cup Wales marketing and alongside some pretty illustrious clubs there.”