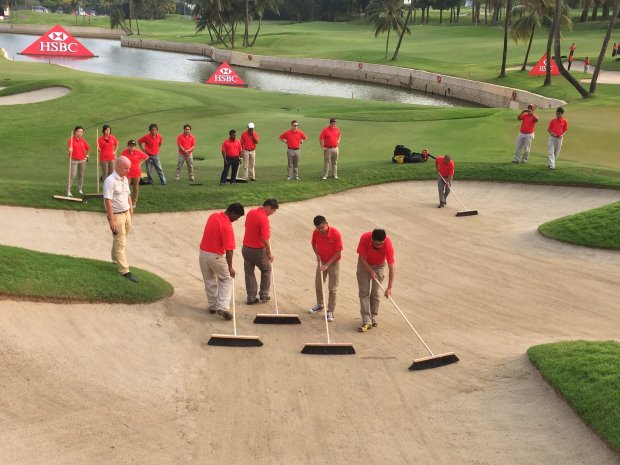 While the world’s leading female golfers were showcasing their skills in last week’s HSBC Women’s Champions, the Asian Golf Industry Federation (AGIF) was doing its bit to raise agronomic standards on the region’s courses.

Held in conjunction with the HSBC Women’s Champions (February 27-March 2) at Singapore’s award-winning Sentosa Golf Club, the AGIF and Sentosa Agronomy Education Programme was hailed as a resounding success.

Syngenta’s Sowmya (Shoumo) Mitra, one of the driving forces behind the event, said: “We’re delighted with the turnout and also how the event was received. The responses we received from participants was exceptionally positive and some of the attendees are already talking about wanting to make it bigger and better next year.”

“Also we’re indebted to Andy Johnston and his top-class team at Sentosa Golf Club. Without their backing and involvement this would not have been possible.”

They led education sessions on the Development of Paspalum Grass and Environmental Responsibility of Golf Course Maintenance.

This was the first time the Volunteer Education Programme had been sponsored by the AGIF. Certificates of appreciation were handed out to all 71 volunteers who attended.

The education event also included a field demonstration of equipment and products by the major sponsors. The field demo day gave the volunteers an opportunity to be close to all the equipment that was being demonstrated.