60 60 Golf Grows In Popularity All Over the British Isles 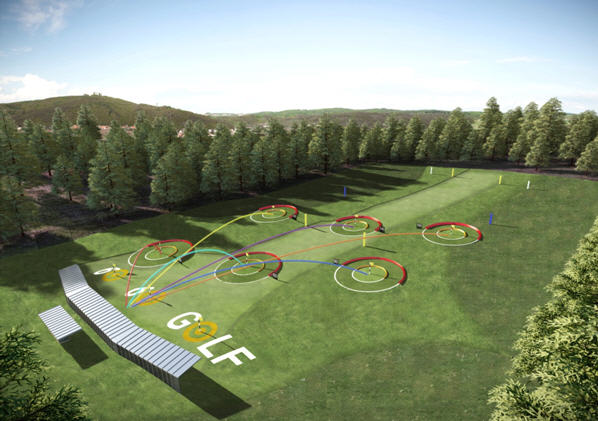 60 60 Golf has proved to be an instantaneous hit among golfers all over the British Isles.

Over twenty UK 60 60 Golf centres will be in place by the end of 2012; eleven have been opened to date since the new fast, fun form of the game was launched this summer and many of the participating range owners and club officials have  been reporting a significant increase in both footfall and income.

“The decision to install 60 60 Golf was one of the best I have ever made,” confirmed William Laughton, the owner of the Rufford Park Range in Nottinghamshire. “Our range usage has increased substantially. It is a clear winner for range owners.”

Colin Jenkins, a range owner in Grimsby, Chairman of OGRO (the Organisation of Golf Range Owners) and Publisher of Golf Range News, has been equally impressed by the impact 60 60 Golf has had in a short period of time since its launch.

“60 60 Golf is a new opportunity for golf range operators to make their product more interesting and appealing to their customers,” he said. “It is fast becoming a ‘must have’ for any serious golf range operation and the returns we have seen at Grimsby have been very, very encouraging.”

60 60 Golf Centres have already been opened in Yorkshire, Nottinghamshire, Northamptonshire, Northants, Surrey, Cornwall and other areas of the country and the participating range owners have been enjoying an almost instantaneous upturn in business.

“I am delighted to say that 60 60 Golf has proved very popular since we installed it four or five weeks ago and believe it has already started to increase footfall here at the range,” said China Fleet ’s Golf Manager, Linda Goddard

60 60 Golf is currently in discussion with dozens of range owners and golf clubs all over Britain and on the Continent and are delighted with the response they have received to date.

“We have been bowled over by the initial response 60 60 Golf has elicited and can confirm we expect to open dozens more 60 60 Golf Centre both in Britain and on the Continent in the months ahead,” confirmed the game’s founder, Craig Higgs.

“It doesn’t take a genius to see what we’re trying to achieve at participating golf clubs and driving ranges,” Higgs added. “It’s all about attracting new customers and improving repeat business and all the feedback suggests that it works.

“Golfers love it and range owners have been impressed by how quickly they can get a return on their initial investment.”

The 60 60 Golf concept is designed to appeal to a mass market audience and gets its name from the fact a group of golfers can hit 60 shots within 60 minutes. It has an interactive element, available via a free smartphone App, which means that participants can compete not just among themselves but with other players in different locations wherever the game is played.

60 60 Golf offers multiple game options but the basic idea involves participants earning points for hitting shots at a series of different targets which 60 60 Golf provides when a range installs the concept.

The company will also support facilities with extensive advertising and marketing support and give official 60 60 Golf centres a supply of promotional material aimed at encouraging their customers to keep playing the game.

Further information about how to become part of the 60 60 Golf phenomenon is available from the company website at www.6060golf.com.