Ashley Morrison and Ronan Doyle will be jetting off to Las Vegas to play for $50,000 after winning the Topgolf Tour UK Regional held at Topgolf Chigwell on June 25. 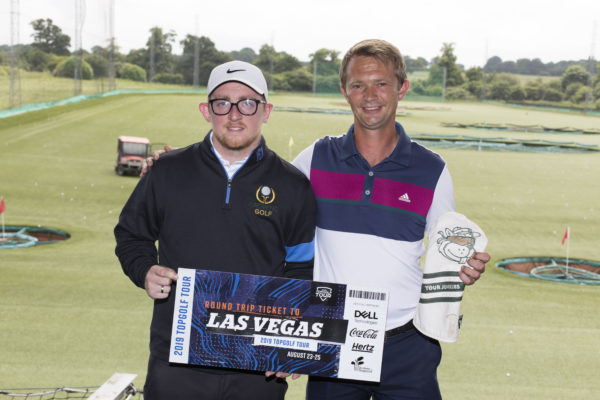 After two highly competitive rounds, just two teams remained to battle it out in one game of TopShot Advanced, where Morrison and Doyle narrowly beat Tom Reid and Stuart Boyle.

“The event was well organised and great fun to play in, and we are absolutely buzzing to win and go to Las Vegas to represent the UK,” said Morrison. “There were a couple of times in the final we missed and felt we may have missed our chance, but it’s amazing to win.”

The pair will fly out to Las Vegas to compete against the world’s best Topgolf teams in the 2019 Topgolf Tour Championship on August 19, where the winning team will receive $50,000.

The Topgolf Tour will be returning to the UK in 2020.