Leading audit, tax and consulting firm RSM has hosted Europe’s top disability golfers at a special all-abilities tournament in Surrey, the first of a series of events with EDGA, the European Disabled Golf Association.

The event, held at Camberley Heath Golf Club in Surrey, welcomed 18 of Europe’s top disability golfers who teamed up with players from RSM and its clients. The EDGA players – all amateur golfers with day jobs – outplayed their able-bodied teammates in 14 of the 18 teams taking part.

The EDGA players included George Groves, number one in the World Rankings for Golfers with Disability, England captain Mark Smith, Aimi Bullock from Surrey who captained the England disabled golf team at the recent European Nations Cup, former Paralympic tennis champion Monique Kalkmann and Richard Kluwens from Holland who ended up winning both the individual prize as well as the team trophy on the day.

RSM recently signed a sponsorship agreement with EDGA to encourage 500,000 new players with a disability to try golf for the first time. The firm is also backing EDGA’s longer term ambition of getting disability golf accepted as an official sport at the Paralympic Games. 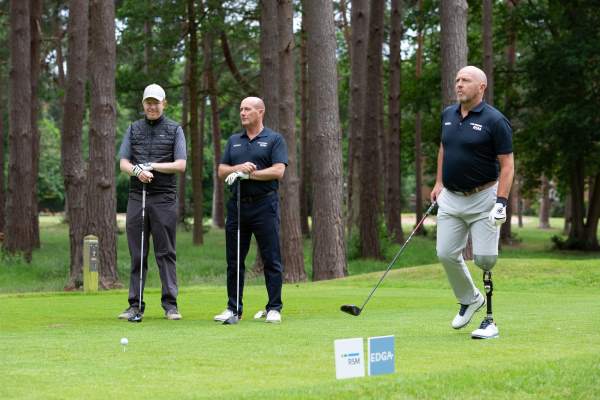 Kirsty Sandwell, a corporate finance partner at RSM who regularly acts as a caddy on the disability golf circuit said: ‘The feedback we have received from participants has been fantastic. Not only were they blown away by the golfing talent on show from the EDGA players, many were inspired by the drive, determination and positivity on display.

‘While our partnership is in its infancy, I’m delighted that RSM is supporting EDGA. Not only is this helping to raise the profile of disability golf, it is also helping us to break down barriers and gain a better appreciation of the value and importance of diversity and inclusion.’

RSM will be supporting EDGA to take a field of eight to play in the EDGA Scottish Open, the new 36-hole tournament for Golfers with Disability that will run alongside the Aberdeen Standard Investments Scottish Open at The Renaissance Club in North Berwick. The event will be staged on July 13-14, 2019 – over the weekend of one of the European Tour’s biggest events of the year.

EDGA, which was formed in 2000, is an international not-for-profit organisation whose mission is to help people with impairment to play, succeed and enjoy golf. It advises organisations around the world, including 28 national golf federations, on tournaments, training and services to golfers with disability.