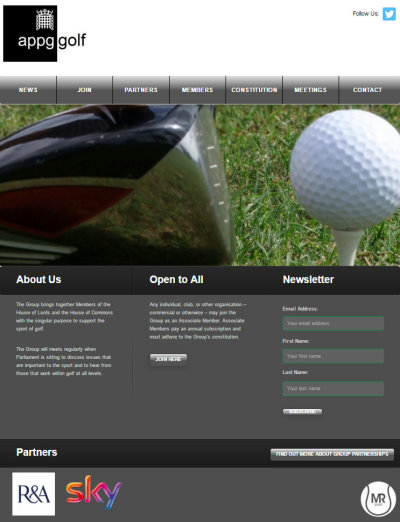 A motion has been tabled in the House of Commons congratulating Danny Willett on becoming only the fourth ever British golfer to win the Masters.

Willett was victorious at Augusta, winning his first major by three shots on five under par, to become the first British victor since Nick Faldo 20 years ago. One of golf’s rising stars, Willett has climbed from outside the top 100 to number nine in the world in less than two years.

The motion congratulates Willett on his achievement in only his second appearance on the Augusta course, and hopes “that his success will be an inspiration” for people across the UK.

The motion was tabled by Member of Parliament for Sheffield Heeley, Louise Haigh MP, who said “Danny Willett’s success is great for sport in the UK, and for golf in particular. I am thrilled that a Sheffielder has become only the second English golfer ever to win the Masters, and hope that Danny’s victory will be a catalyst for more people to play golf in Sheffield and across the UK.”

Chairman of the All-Party Parliamentary Group for Golf and City of Lincoln Member of Parliament, Karl McCartney JP MP, co-signed the motion. He said “I am delighted to see a Briton win at Augusta for the first time in twenty years. I hope that Danny Willett’s achievement will encourage more people across the UK to take up the great sport of golf, and that we will continue to see strong performances by British golfers in major tournaments for many years to come.”

Also signing the motion was Vice-Chairman of the Group and Member of Parliament for North East Fife, Stephen Gethins MP. He added, “Danny Willett’s Masters Victory is fantastic for the sport of golf in the UK. Golf has great health and social benefits, as well as being important to the UK economy. Hopefully Danny’s success will inspire people in my constituency of North East Fife and across the UK to pick up a club, get active and keep fit.”

The full text of the Early Day Motion is below:

That this House congratulates Mr Danny Willett on his remarkable victory at the US Masters in Augusta; commends Mr Willett for his steely determination under pressure; notes that he is the first Sheffielder, the second Englishman and only the fourth Briton to win the US Masters; welcomes this golden age for Sheffield sports men and women; further notes that in Danny Willett, Jamie Vardy, Jess Ennis-Hill, Kell Brook and Joe Root Sheffielders are dominating UK sport; and recognises that their success will be an inspiration for people across Yorkshire and the UK.