Hurlston Hall Golf Club in Lancashire has won a national award for its efforts to grow the game. The club – which can be found on Hurlston Lane on the outskirts of Ormskirk – has been presented with the GolfMark award.

GolfMark is an official seal of approval from England Golf for clubs which successfully work to develop the game in four ways: 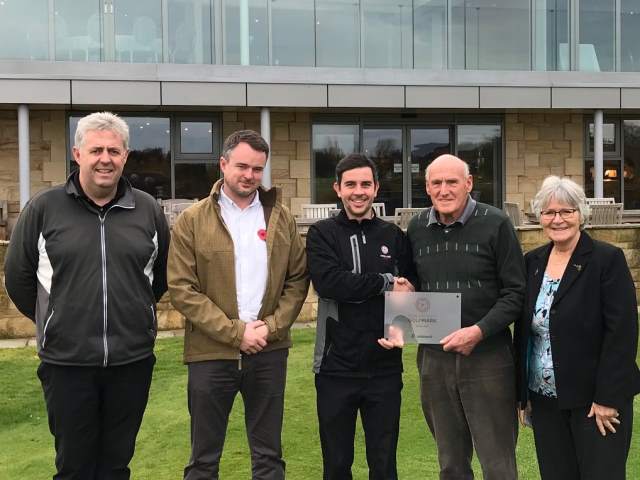 The golf and country club, set in 200 acres of rolling Lancashire countryside, has been rewarded for its commitment to growing the sport and taking an innovative approach.

It launched a Get into Golf programme in 2017, attracting a mixture of ladies and gents who were looking to try playing for the first time. Coaching from the club professional was supported by an introduction to life both on and off the course at the club.

The club also provided a pathway into membership with the first month free followed up by a specially tailored deal which gave those signing up the chance to play regularly and enter competitions.

The club continues to support the newcomers, with their own fun six-hole competition and further coaching clinics.

Explained club chairman John Walker, who took the lead on the club’s GolfMark application: “It is fantastic to see the enthusiasm of these new members and to watch them progress on their golfing journey.

“While they may yet not be ready for an official handicap, we are very conscious of the need to follow them on their golfing journey and to continue to provide help and support.”

Among the innovative events staged by the club have been Night Golf and a special Cross Country competition for the Captains’ charity, Guide Dogs for the Blind.

A 13-hole course was set up – but not following the usual route round. For example, players teed off on the first but aimed for the green on the eighth!

Added John Walker: “It certainly made the players think and we all saw parts of the course we had never been to before!”

Adam McAlister, club support officer in Lancashire for England Golf, said: “Hurlston Hall has gone to great lengths, not just to attract and then support newcomers to the sport, but to also provide something different for club members, which is a great way of retaining numbers and stimulating interest.

“The award of GolfMark is well deserved and the result of much hard work by all those involved at the club.”

The GolfMark award was developed by England Golf and also integrates Sport England’s Clubmark award – a national standard for quality sports clubs recognised across the country.

GolfMark brings a number of benefits to clubs including raising awareness, access to funding, business and marketing support and training opportunities for staff and volunteers.

To find out more visit www.golfmark.org