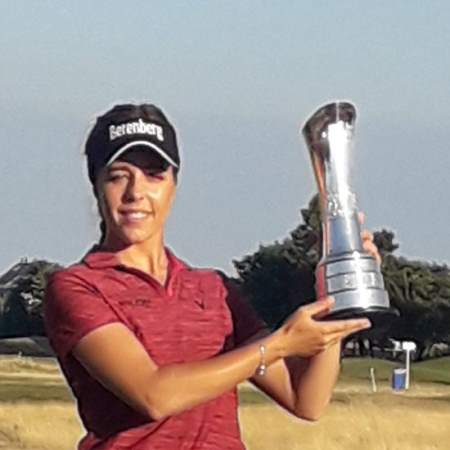 England’s Georgia Hall brought Women and Girls’ Golf Week to the perfect end when she won her first major at the Ricoh Women’s British Open. Hall won by two shots at Royal Lytham and St Annes and is only the fifth British winner of a women’s major, following Laura Davies, Alison Nicholas, Karen Stupples and Catriona Matthew.

Within moments of receiving her trophy Hall – who was part of the England Golf training programme – was signing the #WhyIGolf artwork for the Women and Girls’ Golf Week and posing with it for a video clip. Earlier in the tournament she recorded another video for the campaign saying: “I love golf because it’s a very independent, competitive sport and you can never perfect it, which I love.”

The campaign, created by England Golf and supported by the other home associations and The R&A, was designed to unite the golf industry to raise awareness of the fabulous female side of the game.

It’s been hugely successful, highlighting the stories of remarkable women and girls taking part in all aspects of golf. It achieved traction globally and has inspired messages from female golfers of all ages and abilities.

The week was timed to coincide with the Ricoh Women’s British Open and Georgia Hall gave it that fairy-tale touch – and now looks set to inspire a new generation of players with her fantastic achievement. As she left the media centre tonight the 22-year-old from Bournemouth was greeted by a small army of children all chanting her name.

Hall had an amazing amateur career. She was the English U13 and U15 champion, won individual and team Youth Olympics gold medals, was the British girls’ and women’s champion and played for England as a teenager.

She turned professional in 2014 and last year was the Ladies European Tour Order of Merit winner and Players’ Player of the Year.

Now she’s won her first major, finishing on 17-under par, watched by her father and caddie, Wayne, who lifted her into the air, with her mother, Samantha and her boyfriend, Harry, beside the green.