The Faldo Series Germany Championship will return to A-ROSA Scharmützelsee on 31st July- August 2nd.  Organisers are expecting a field of around 85 young competitors for the World Amateur Golf Ranking event to be played on the Faldo Course near Berlin.

The event will mark the ninth time A-ROSA has hosted a Faldo Series championship and once again the players will be asked to step up to the challenge of the renowned Faldo Course. Hard and fast conditions are expected and players with knowledge of the course will know avoiding the various sand traps will be pivotal to a good week.

‘I’m very grateful to A-ROSA Scharmützelsee for their continued support of the Series. Sir Nick Faldo commented. ‘The course is different to what the German players might usually play on and that’s a good thing. To grow your game you have to adapt to new situations and learn fast. This rather unique inland links course in Germany will force the players to strategize and really think 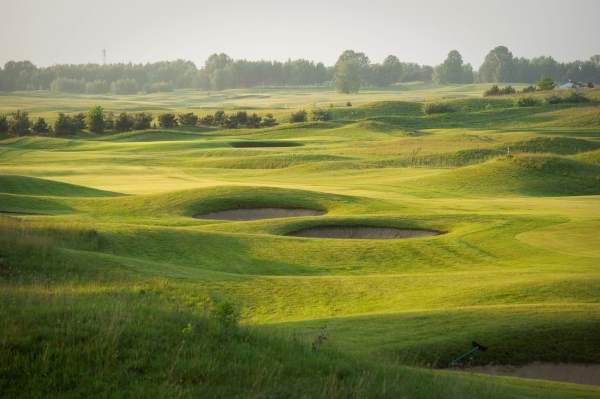 ‘We are very much looking forward to another Faldo Series Germany Championship.’ said Vanessa Herbon, Director of A-ROSA Golf & Sport. ‘We enjoy hosting the players and seeing whose golf game holds up and who learns the most from the course. Sir Nick and his team have done a great deal for golf development in Germany.’

Niklas Jason Griffiths claimed the 2017 edition of the Germany event and he went on to play brilliantly at the Faldo Series Grand Final. He finished 5th overall and the players of the 2018 will be keen to replicate his level of success.

A-ROSA Scharmützelsee has maintained a great focus on youth development throughout the years and has for many years invited local schoolchildren to experience a taste of the event. The venue ensures that as many as possible have the opportunity to learn from Sir Nicks personal coach Keith Wood. Keith is on hand to conduct lessons and clinics throughout the week with the players.

The tournament will be played over three rounds and is a World Amateur Golf Ranking event. The field will be divided into five age-groups and the winners of each division will join Sir Nick Faldo at the season-ending 22nd Faldo Series Europe Grand Final – to be held at Al Ain Equestrian, Shooting & Golf Club (AESGC) in the United Arab Emirates. AESGC boasts a superb course and immaculate facilities in the Oasis city of Al Ain.

Today, 40 Faldo Series tournaments take place in 30-plus countries worldwide, touching thousands of golfers each year. Past winners include Major Champions Tseng Ya-ni and Rory McIlroy, who took his tally of professional Major titles to four with his wins at the 2014 Open Championship and US PGA Championship