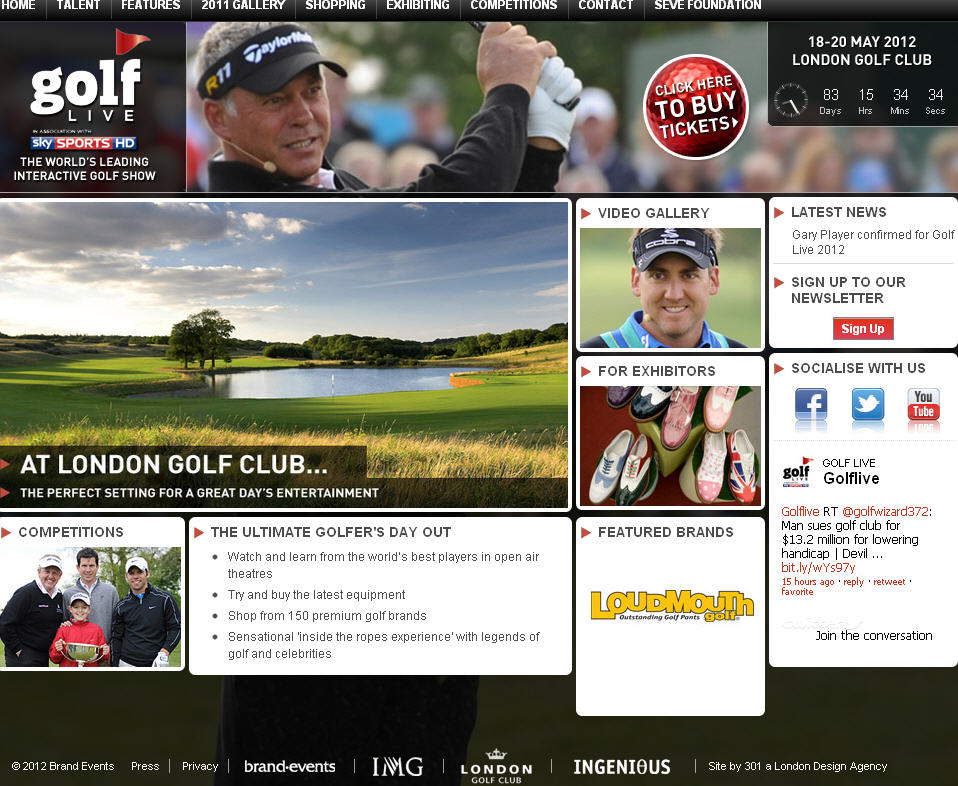 For most amateurs, hitting a golf ball straight on a consistent basis is hard enough but performing speciality shots is quite another matter, and visitors to Golf Live will be able to marvel at the amazing exploits of three of the leading experts in the game next month.

World long drive star Joe Miller and renowned trick shot artists Jeremy Dale and Paul Barrington will be on hand at the London Golf Club from 18-20 May to dazzle the crowds with their mixture of the bizarre and unbelievable.

To see Miller hit a golf ball is one of the most incredible sights in the game and the Englishman launched his drive an amazing 414 yards on his way to breaking the then world record and winning the 2010 World Long Drive Championship.

Arguably the most consistent long driver in golf, Miller hit the longest tee shot in tournament history with a 474-yard effort in 2005, his swing speed has been measured at an astounding 150 miles per hour and he represents a new breed of long drivers with a technique built around speed, strength and power.

Dale has entertained audiences around the world with his own particular brand of trick shot magic and has the rare distinction of being one of a select group of players to have played under-par rounds both left and right-handed.

And joining them in performing during the three days of action-packed fun at Golf Live will be 2005 World Trick Shot champion Paul Barrington who, among his claims to fame, has driven a golf ball 308 yards from his knees, struck a putter 301 yards and is also renowned for his ability to hit a drive – off a brick!

James Goode, event director of Golf Live, said: “One of the key messages that we want to convey at Golf Live is that golf is all about having fun – and these guys certainly know how to do that.

“They can do things with a golf ball that most of us can’t even imagine, let alone dream about, and it never ceases to amaze me what they can do. Their shows are something that are not to be missed.”

The trio of entertainers will join a list of star-studded list of professionals from the men’s and ladies’ games at Golf Live – the most interactive show of its kind in the world.

Pete Cowen, coach of world number three Lee Westwood, will also be on hand to share his swing methods and secrets while consumers will have the chance to try out the latest in golf club technology from the game’s top brands.

Leading manufacturers including TaylorMade, Callaway, Wilson, Cleveland, Mizuno, Yonex and Cobra will all be present to demonstrate their latest equipment on the show’s 30-bay outdoor driving range.

In addition, the likes of Gleneagles, Oakley, Sandals, Tommy Hilfiger Golf,SunMountain, Snooper, Archer Golf, Turnberry Resort and Lambda will also be among the impressive cast of companies involved.

And as well as being able to watch, listen to and ask questions of the star-studded cast during the three-day show, people also have the chance to play alongside the Tour professionals with Golf Live’s Heritage Hospitality Package available for £375 plus VAT per person.

Tickets for Golf Live cost £20 for adults while under-18s can gain free entry by registering on Golf Live’s website.