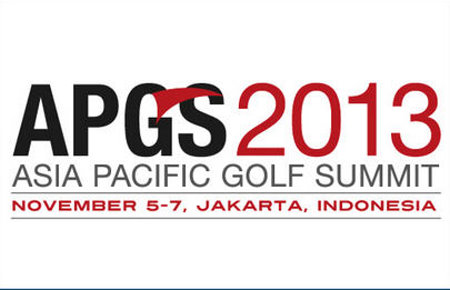 The 2013 Asia Pacific Golf Summit, the seventh in the series, is taking shape and from 5th – 7th November promises to deliver a three-day conference in Jakarta, Indonesia’s capital city, that will take a long, hard look at the golf industry in Asia and what it needs to do to stay relevant in the rapidly changing business and recreational landscape of the new millennium.

The venue for APGS 2013 is a nation that is itself experiencing change and growth at a mind-numbing pace. Indonesia and its capital city of Jakarta will play host to this year’s conference and it will help set the tempo and mood for the event.

There is no other country in Southeast Asia that reflects the 21st Century better than Indonesia. In a nutshell, this sprawling archipelago leads the region with the following credentials:

What better setting could APGS 2013 ask for? Besides being the most dynamic country in the region, Indonesia also has a tremendous passion for golf. A passion that perhaps is only unique to this country. With more than 150 golf courses and home to some truly world class golfing facilities, the number of courses is expected to witness at least 50 new golf courses commissioned in the coming years. This is a very encouraging outlook especially when viewed against a backdrop where golf is on the decline in most of the developed world.

Given this positive outlook of the projected growth of golf in Indonesia, APGS 2013 will be assembling a line-up of world class speakers who will discuss various aspects of how the region should prepare itself to meet the challenges of the future and how to keep golf relevant and help it grow in a constantly changing environment.

The conference will kick off with a special keynote address from one of the world’s most fascinating and dynamic game-changers in business – Tony Fernandes, founder of the region’s fastest growing airline, Air Asia.

In the coming weeks and months leading to APGS 2013, new business partners and speakers will be announced and everything points to the event being different, refreshing and knowledge-driven.

For an update on the state of golf in Indonesia and how this nation is expected to lead the growth of the game in the region, check out the following exclusive reports:

Registration for The 2013 Asia Pacific Golf Summit is now open at  https://secure.golfconference.org