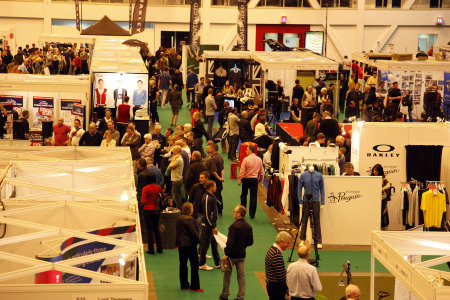 The London Golf Show, the longest running golf show in the UK, can today announce that talkSPORT will be its ‘first ever’ title sponsor for the event. Now in its 8th year, the London Golf Show will take place at Earls Court from 9th – 11th November.

talkSPORT, the world’s biggest sports radio station, will be the headline sponsor of the show, which will be promoted on talkSPORT and talkSPORT.co.uk as well as in the station’s sister magazine Sport’s print and iPad editions with interviews and competitions.

The new deal, the first partnership between the brands outside of normal airtime agreements, was negotiated by Laura Wade, Head of Creative Strategy at talkSPORT and Ian Mullins, Marketing Director at The Golf Show Group.

The 2012 show is designed to provide a truly interactive experience for golfers of all ages with informed technical advice, PGA tuition and education, guest interviews, 16 driving bays, custom fitting, club testing a TaylorMade custom built truck, simulators and the latest golf gadgets. The show’s focus will be on providing Interaction, Education and Entertainment.

The event is also supported by retail partner the Internet Golf Store and some of the world’s leading golf brands including TaylorMade, Callaway, Mizuno, Cleveland, Nike, Titleist, Wilson, Cobra and Yonex. The Golf Show Group has also confirmed its on-going partnerships with Lexus and Monarch Airlines.

As such, this year’s show will see the largest indoor demo and equipment days ever seen in the UK. 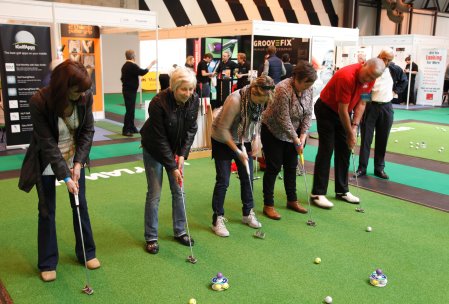 Laura Wade said: “talkSPORT and Sport magazine are delighted to partner with the London Golf Show to offer our audience unique discounts and fantastic prizes. Many of our listeners and readers have a keen interest in golf – whether that’s following the Ryder Cup or playing a few holes – so this was an obvious fit.”

Ian Mullins added: “With the golf industry having survived some extraordinary challenges in the past few years, developing a partnership on this scale was the natural step in moving the Show to the next level. We believe with talkSPORT on board the Show will gain new popularity at a time when UK and European golf is enjoying great success.”

Damian Benstead, Managing Director of the Golf Show Group, said: “We are thrilled to be in partnership with talkSPORT and Sport magazine, and we look forward to them helping us to grow the sport in the capital and beyond. We believe this will complement talkSPORT’s reports from the Ryder Cup and build upon their relationship with our sport.”