One of the greatest all-time golf legends, the Australian golfing star will make a special guest appearance at the 2018 Asia Pacific Golf Summit (APGS 2018) to be staged in the Thai capital city of Bangkok on November 1 – 3. 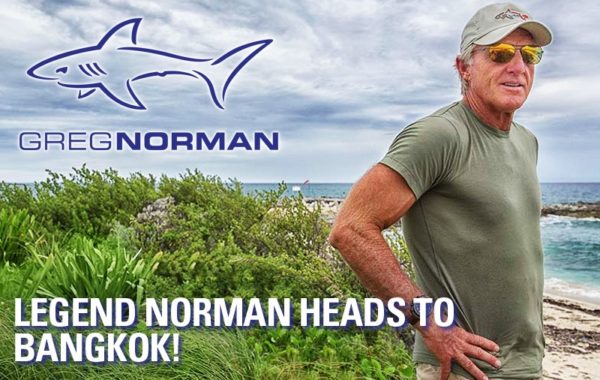 Norman is best known for winning 91 international tournaments, which included 20 PGA Tour tournaments and two majors – The Open Championship in 1986 and 1993. His championship reign was marked by 331 weeks as the world’s Number 1 ranked player on the Official World Golf Rankings.

Besides his winning performances as a professional golfer, Norman has gone on to build a very impressive career where he has built a lucrative brand and is among the highest-earning athletes of all-time.

His success on the golf course is matched by his on-going success in the world of golf. It is estimated that Norman’s career earnings exceed US$705 million and still growing.

Amongst his varied business interests and partnerships are:

Norman is a multi-dimensional man and someone who is constantly motivated to change and grow. It is this passion that has kept him at the cutting edge of business where he continues to win in whatever endeavour he embarks upon.

For a deeper understanding of Greg Norman and what makes the man keep going at a 100 mph, check out his web-site at: http://www.shark.com/

In the meantime, you can check out the programme and speakers at the following links:

Registration is open at: https://secure.golfconference.org/event/asia-pacific-golf-summit-2018