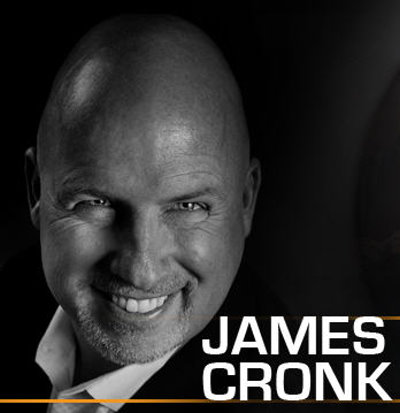 Human capital is just not about people and numbers. It is all about how people are trained, directed and kept highly motivated to perform at their very highest. It is all about how a golf club stays on top of its employees to keep them driven towards delivering the best experience to members and guests.

Having the right blend of human capital is imperative for a golf club to be at the top of its game.

Given its paramount importance to the club industry, one of the gurus on the effective utilization of human capital has been engaged to speak on this topic at the 2015 Asia Pacific Golf Summit (APGS) to be held in Singapore on 14 – 15 October.

He is James Cronk, the founder and president of the Cronk Group and in accepting the invitation, he said, “One thing has the power to improve your results faster than anything else – the performance of your people. Whether it’s customer service, sales or productivity – the better your people perform, the better your profits.”

Cronk, boasts over 25 years of coaching teams and accomplishing objectives through creativity, passion and fun.

His APGS address is titled, “How To Hire Powered On People”

According to Cronk the hiring process usually fails due to one or more of the following three factors:

A lack of good people to choose from;

A lack of interview preparation;

A lack of skill in identifying good people

So in an effort to simplify this dastardly and constantly challenging process, he will offer the Summit delegates some suggestions that will help find more powered on employees instead of fizzled out duds.

His success as a manager and leader is evident in the recognitions bestowed upon himself and his teams; three times (and in two different industries) his organization and team has been recognized as one of the ‘Top Ten Employers’ in British Columbia, Canada; the readers of Golf Digest, the golf industry’s foremost authority, recognized his facility as having the ‘5th Best Customer Service in North America’.  Among his personal recognitions; ‘Top 40 Business Persons under 40’ and ‘Top 20 Most Influential People in Golf in Canada’.

Come and be part of this paradigm shifting presentation on how to get the best people to work for your club. Cronk is a thought leader in the effective utilization of human capital.