The Golf Show Returns to Harrogate Next October 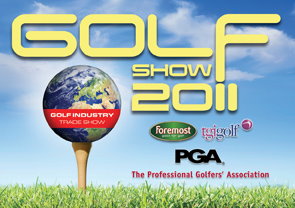 The Golf Show 2011 will return to the Harrogate International Centre for three days from Tuesday, 25 October through to Thursday, 27 October.

More than 1,200 golf industry professionals attended this year’s show at the HIC, with exhibitors and professionals alike crediting the organisers – the PGA, plus leading buying groups Foremost and TGI Golf – with a first class event and an important innovation at the heart of Europe’s largest golf market, the UK and Ireland.

Organisers are promising to deliver the same high standards and benefits achieved this year with an enhanced programme of events and seminars.

John Davis, The Golf Show Coordinator, said: “The first show was a great success and our objective now is to constantly innovate and improve on the successful formula we have established.

“We have been speaking to delegates and suppliers and have conducted a number of surveys since October to find out what more we can do to optimise the show for the trade.

“The surveys produced a number of exciting results, with 95 per cent of suppliers indicating they will return next year.”

Once again the 2011 show will welcome leading educational speakers from within the golf industry as well as high profile speakers from outside of golf. The 2010 show saw seminars from the likes of golf marketing specialist Andrew Wood, former USGA Technical Director Frank Thomas and the designer of the Titleist Pro V1 golf ball, Bill Morgan. Birmingham City FC manager Alex McLeish and former Boots Chief Executive Richard Baker also gave inspirational and enlightening perspectives from outside of golf.

“The educational aspect worked exceptionally well in the 2010 show, with The PGA arranging some high quality speakers and subjects,” added John Davis. “I know David Colclough and his team at the PGA are already working hard to secure more top level speakers and big names for 2011.”

Delegates will be able to register for The Golf Show 2011 through the official website www.golftradeshow.co.uk. Registration will open in the New Year.