The 30th annual BIGGA Turf Management Exhibition, taking place from 23-25 January at the Harrogate Convention Centre, will be the final one in its current incarnation, as the organisers, BIGGA, have announced a restructure that will see the size of the exhibition floor space grow by up to 25% for 2019. 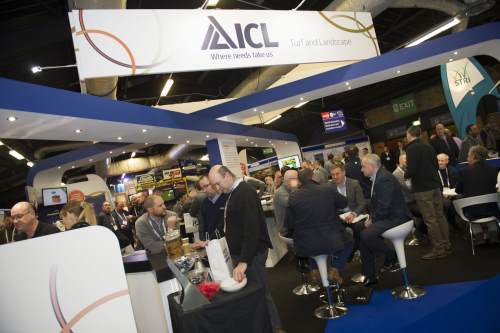 Harrogate Convention Centre will continue to host BTME. The venue has seen significant investment made in recent years, and BIGGA has opted to take advantage, in a move that will further improve the experience for visitors and exhibitors alike.

The focus of BTME will shift away from the Ripon Road end of the convention centre, to the main auditorium entrance, further down King’s Road. This opens up different exhibition spaces, creating an improved, structured journey for the visitor and brings a whole host of possibilities for innovation and creativity.

Following BTME 2017, the association experienced an unprecedented surge in re-bookings, with additional exhibitors also eager to take part. By September 2017 all four exhibition halls were completely filled and a waiting list was established in an attempt to cope with the additional demand.

quickly became clear that BTME had outgrown its current configuration, and so avenues were opened to explore possibilities to allow expansion.

As such, in 2019 BTME will no longer utilise Halls A and M. Halls B and C will be retained, but the King’s Suite, Halls D and Q and Studio One will become the main exhibition spaces, with the primary entrance to the exhibition coming through the Harrogate Convention Centre’s main entrance.

The Continue to Learn education programme will remain in the Queen’s Suite, but the new layout will mean the education programme will now be situated at the centre of the entire visitor experience, rather than at the very rear of the facilities used. Meanwhile, the impressive modern auditorium will be utilised for the key educational and celebratory events during the week.

BIGGA Chief Executive Jim Croxton said: “The Harrogate Convention Centre remains the ideal location to host BTME, as not only are the facilities ideally suited to hosting such a huge event, but the North Yorkshire market town itself is integral to the success of the exhibition.

“We’re delighted that BTME has grown to the extent that it can no longer be contained within the four traditional exhibition halls that we have utilised. The move to alternative facilities within the centre enables us to retain all that is good about BTME, the premier turf management event in Europe, while presenting an improved visitor experience and allowing all our exhibitor base to take the space they need to show their wares. It is critical that all events evolve to suit the needs of their stakeholders and I’m thrilled we have the opportunity to do so with BTME 2019.” 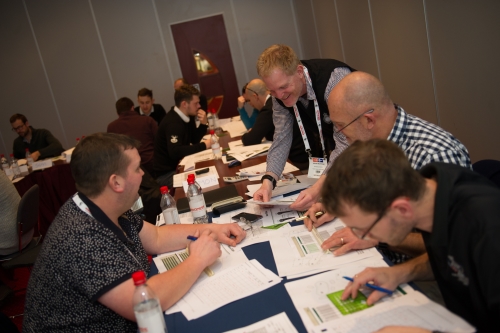 BIGGA Chairman Les Howkins MG is course manager at The Richmond Golf Club in London. He said: “I’ve been coming to BTME ever since I was first appointed Head Greenkeeper at Cleethorpes Golf Club. The education offering was a major help as I progressed through my career and now, as a course manager at one of London’s premier clubs, I find the interaction with exhibitors throughout the show to be priceless.

“BTME has always been a fantastic experience for a greenkeeper or turf management professional at any point in their career, due to the entertainment, innovation and networking that takes place. However, following 2017 and the huge excitement that we’ve experienced building towards BTME 2018, it has become clear the exhibition has outgrown its current shell, and we’re delighted to announce the next evolution of BTME for 2019.

“As a consumer of the show myself, I’m excited about the possibilities these changes present, with the result being a brighter, more exciting and more engaging exhibition for everyone.”

“It’s great for us as a venue and for Harrogate, as a town, to see the show expanding for 2019 and welcoming more exhibitors. I’m proud to say we are a part of BTME’s success.”

Additionally, BIGGA has engaged the services of JR Exhibitions, led by Jill Rodham, who has substantial experience of BTME, to manage the exhibition sales process. During BTME 2018 on Monday 22, Tuesday 23, Wednesday 24 and Thursday 25 January there will be tours of the new layout available for current and potential exhibitors.