The Club that came in from the cold

As a former director of golf at Markischer Golfclub Potsdam in the late 1990s, Martin Westphal was shocked to discover three years ago that the Berlin club had gone bankrupt. The superbly situated facility boasted 27 holes, a par three nine hole course plus a 10 hectare practice area with five putting greens and four pitching greens, all set in sprawling woodland.

But the harsh reality since Westphal’s four year tenure at the private members club was that it had succumbed to the realities of a changing golfing landscape.

“It went bankrupt because they had to get in €20,000 on top of the annual subs and the price was too high,” explained Westphal. “The club had one of the biggest and best practice ranges inEuropebut that means nothing if it doesn’t make money.”

Westphal, eager to step into the golf management business, saw an opportunity and seized it with both hands and after initially renting it, bought it outright with investors in October 2010.

The transformation has been spectacular. He has gone from employing one PGA professional to eight, increased membership to 1,200 and seen the number of rounds a week rise from near zero to 1,400.

But the 49-year-old, who has been a PGA pro for 32 years and a British member since 2006, has had to take a radical approach to meeting the modern demands of the golf industry.

“Golf clubs inGermanyare driven by member clubs and have never been focused on a commercial way of running a golf facility,” he explained. “My communication to older members was that I am going to run a 100 per cent semi-private golf club, it means if you offer a price it is a season’s green fees not annual subs.

“I calculated the number of rounds required to make it busier and created an appropriate pricing system.

“I changed the infrastructure of the club, I converted part of the restaurant to make the pro shop bigger. The pro shop was making little money but the pro shop is key to talking to people about golf and explaining about the game and equipment. It is a good communication centre.

“Most importantly I also had to make sure my pros understood the message we were going to tell. It meant the pros have to come away from the idea that people will come knocking at their door so to speak. They have to sell themselves.

“I bought lessons from the pros for members so that the pros could sell and promote themselves. That was their opportunity, one-to-one, to make a positive impression.” 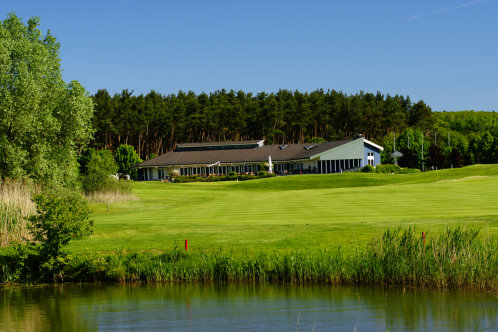 As part of his radical overhaul of the club, Westphal has also introduced a kindergarten.

“The golfer of today is not just a golfer, he is a family man who has to take care of the family so I’ve implemented something where he can come and have a game and leave his or her kids in a safe environment.”

Other developments have been the implementation of physiotherapy and sports science personnel five days a week while there is a massage and training room.

“Membership for children up to 14 is free, and they can get lessons at a reduced rate. Now we have 104 kids in training which in turn has created access to apply for additional funding.

“I plan to introduce training cards for all members. They will find training aids and certain instruction areas. The PGA pro will set aside time to instruct the amateur and leave info on the card to make sure they are practising the proper way so they can improve as players.

“Germans are very technical, and love the how and whys of the golf swing.

“Pros have to learn to entertain to make sure they come back and create referrals. If you are working at an active place it depends on the pros to show what they can do.

“I want to make people play the best golf they can, the courses are full and I like my practice facilities to be busy.

“As PGA pros we have to educate the customers and tell them if you want to become better golfers you should practice and if you practice the way I am showing you will have fun too.”

Westphal, who is a member of the PGAs of Europe education committee and has also worked for the R&A for 14 years on missionary work, is optimistic for the future but believes clubs need to adapt.

“There are 600,000 golfers attached to the German Golf Federation but there are 1.6 million playing ‘unorganised’ golf and a further 11 million that would like to play golf.

“But they are not getting into golf because the German Golf Federation is driven by people in golf clubs and the traditional entry fee and subscription model.

“But today’s customer wants to be flexible. The average age of our new customer is 46.

“My market is not organised. The traditional members are getting old but the new customers coming into golf are not willing to step into their foot prints. The old members are still asking for the way it was but in many cases that is not possible.

“But the success I have today tells me the way I am running the facility is working. Thirty per cent of the rounds are green fee rounds and there has been an increase of 40 per cent of golf rounds played year on year.”