The Centurion Club Looks Set to Create a Lasting Legacy 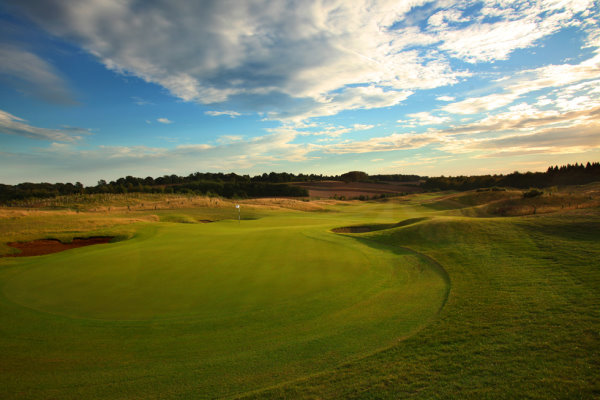 The new Centurion Club near St Albans may not open until the middle of 2013 but already it has been lauded for setting a new benchmark for premium golfing facilities within the UK.

Its picturesque 7,200-yard golf course has been described as a modern classic by Golf Monthly Editor, Mike Harris, and that is an accolade which is likely to be endorsed elsewhere when it opens for play in early July.

The Centurion Club is owned by an Anglo-Dutch quartet comprising Chairman Graham Wildish, Managing Director Scott Evans, Bert Pronk and André Hendriks and right from the start they confirmed a desire to create a top quality Club where members could unwind in a luxurious setting far removed from the hustle and bustle of modern day life.

They chose acclaimed course architect, Simon Gidman, to design a world class lay-out and then brought in Troon Golf®, the leader in upscale golf course management, development and marketing, to ensure that it was constructed in such a way that it would withstand the rigours of everyday play in what is often a hostile environment.

Troon prides itself with employing the most exacting and detailed agronomy standards in golf and the company currently operates in 27 countries and 30 different States in America. It has built a well-deserved reputation for the quality of its work and that is likely to be reinforced by the standards it has set at Centurion Club.

“Our goal is always to exceed the expectation of the golfer,” confirmed Simon Doyle, Troon’s Head of Agronomy, as he overlooked the new course built on rolling land close to the Roman town of St Albans (Verulanium) and just 30 minutes by car from the centre of London.

“The Romans are famous for leaving a lasting legacy and that is something all of us working on this project would like to achieve here at the Centurion Club.”

Troon’s reputation is built on a combination of personalised service, consistency and attention to detail and all three are much in evidence in the work they have done on the golf course at Centurion Club.

“When we visit a course for the first time we look for a number of key elements that are essential moving forwards,” Doyle said.

“First of all we look at water availability, quality and means of distribution alongside the appropriate choice of grass types. The construction methods and practices are also of fundamental importance. Poorly built golf courses might do okay for the first couple of years but will then go downhill rapidly after that which will result in considerable capital outlay to put things right.

“That is not going to be required at Centurion Club because we undertook a thorough assessment of the agronomic condition of the facilities and with the support of the owners have made a series of improvements which will have huge long term benefits for the Club.

Troon made a number of key recommendations that will ensure Centurion Club’s place among Britain’s leading golf clubs is assured.

“We upgraded the drainage system to ensure that it will cope with the worst of the British weather and we have also installed a state-of-the-art Toro irrigation system which allows us to water the greens independently from the surrounds.

“We want to prepare the course to tournament specifications and we also want year-round playability which is why we have re-established the greens with A1 creeping bent. This variety of bentgrass has proven itself around the world, providing a superb putting surface with all of the critical characteristics we look for.

“We’re seeking the best of both worlds here at Centurion Club,” admitted Doyle. The fairways will have a blend of fescues and ryegrasses, this will provide a diverse stand of turf stand with great drought tolerance as well as a high quality playing surface.

“Golf Course Superintendent Andy Garland has done a great job at executing the agronomy programme,” Doyle added. “The course is already in great shape and will be even better as the official opening approaches.”

Centurion Club Managing Director, Scott Evans, reiterates the owners’ desire to create something special at the new Club in Hertfordshire.

“When we began this project, we were determined to build a private golf club of unrivalled quality that would appeal to discerning golfers and the feedback we have been receiving suggests we are on track to achieve that goal,” he said.

“One experienced player told us it was the best new course he had ever visited and several others have bought memberships on their first visit to the Club.”

The Membership Office  at Centurion Club is now open and is selling a range of memberships including Senate, Centurion and Corporate.