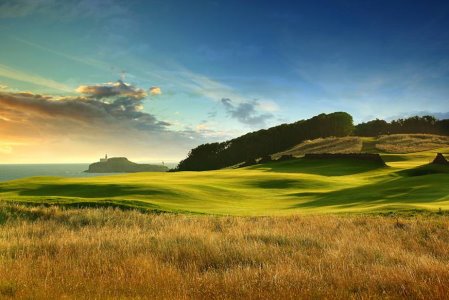 The Renaissance Club is delighted to announce that it will welcome the world’s leading boy golfers when they host the Boys Amateur Championship for the first time in 2016, alongside its neighbouring course, Muirfield, which hosted The Open Championship for the 16th time this year.

In recent years more than half of the 252-strong field has come from across Europe, America, South America, Africa and Asia and the 90th staging of the championship will attract a strong international field once again.

Some of the game’s leading players including Sandy Lyle, Jose Maria Olazabal, Sergio Garcia, Padraig Harrington, Lee Westwood, Graeme McDowell and Luke Donald have played in the Boys Amateur over the years. The 2012 champion, Matthew Fitzpatrick, went on to win the Silver Medal as the leading amateur at this year’s Open Championship and the McCormack Medal as the world’s leading male amateur player.

Peter Dawson, the Chief Executive of The R&A, said, “We are delighted to have such excellent championship venues in 2016. Muirfield is one of the finest links courses in the world and will provide a stern challenge for the leading boy golfers in the Boys Amateur Championship.”

Emerging on the East Lothian landscape in 2008, The Renaissance Club is already being widely heralded as the best new course in Britain and one of the most exquisite golf venues in the world.  Designed by world renowned golf course architect Tom Doak, The Renaissance Club is recognised as a modern masterpiece of golf course design that many aficionados and golf media insiders consider the future of links golf and a worthy descendant of its illustrious neighbours, Muirfield & North Berwick West Links. With a recently acquired triangular piece of Muirfield-owned land which Doak fashioned into three new holes and the club’s recently completed three-storey clubhouse with accommodation, the showpiece is finally complete.

Doak has harnessed the rugged elegance of East Lothian’s sweeping dunes and tall pines into a truly exquisite golfing challenge, perfectly suited to host any professional tournament and a mesmerising test from start to finish. The exceptional facilities of the club include a magnificent practise area, children’s golfing camps, regular ladies’ mornings and one on one lesson options. The same dedication to quality and excellence is reflected in the facilities at the clubhouse, which were completed in June this year. Members’ lodging and dining options at the club are simply sublime. Magnificent cuisine is prepared by chefs trained in Michelin-starred restaurants, while the accommodation delivers everything a member could possibly require, whether they need to conduct business or unwind in the epitome of luxury and refinement. Complete with spa, gymnasium and treatment areas, perfectly appointed locker rooms, beautiful bar, a fabulous dining experience and 23 luxurious lodging rooms, members are presented with a golfing experience guaranteed to last a lifetime.

The date for The Boys Amateur Championship, Muirfield and The Renaissance:  9 – 14 August 2016. For more information visit championships.randa.org.