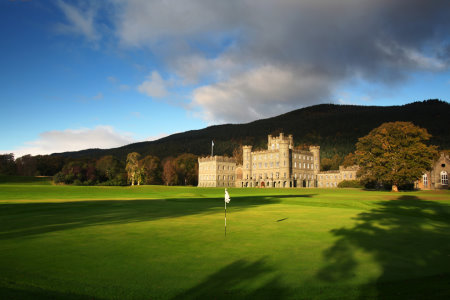 The landmark development, which is seeing the historic building elegantly transformed into a luxury boutique hotel and spa, together with a collection of private residences set amid a majestic sporting estate, also made its television debut this week, on European Tour Weekly.

The programme features an interview with Scotland’s number-one home-based professional golfer, Stephen Gallacher, who is working closely with course architects Weller Designs on renovating and remodelling the golf course, which opened in 1923.

Touring the Castle, estate and course, Stephen Gallacher, the 2004 Dunhill Links Championship winner and a member of the two-man team that will representScotlandat the Omega Mission Hills World Cup in November, says: “It is a great parkland course with some stunning views. It is visually tempting on the eye, keeping the traditional James Braid theme. 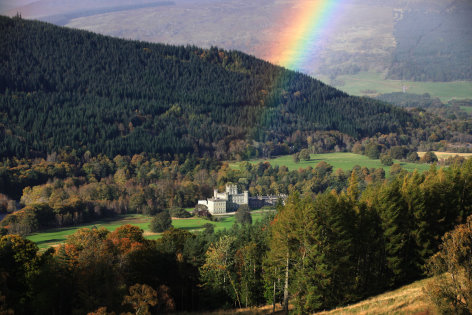 “I have been putting some fine touches to it, some shaping and bunkering. Every time I come up, it has changed. It’s a course that will be enjoyed by all standards of players.”

The remodelled golf course includes a significant rerouting and two new holes constructed close to the River Tay. There are also nine new greens, 18 new tees and complete renovation of all bunkers. The course has also been lengthened to 7,000-yards.

Meanwhile, work continues apace to restore Taymouth Castle itself. The Perthshire estate, visited by Queen Victoria in 1842, has been the ancestral home of The Earls of Breadalbane and the Campbell Clan since the 1550s, but was gambled away in the casinos of Monte Carlo in the 1920s by the 7th Earl of Breadalbane, Gavin Campbell.

The Castle then became a fashionable hotel and luxury retreat, at which time James Braid was asked to design the golf course. The building was requisitioned during the Second World War after which it passed through various owners, before falling into disrepair in the 1990s.

Now, with significant investment from Meteor Asset Management, a remarkable transformation is underway, restoring the Castle to its original splendor and making the estate a community through the addition of private residences.

Just 40 miles north of Gleneagles, venue of the 2014 Ryder Cup, theTaymouthCastledevelopment is predicted to create 300 jobs and inject £30 million into the local economy annually.

The course will open for play in summer 2012.