One of the world’s top golf architects has pledged to create a spectacular new challenge for London’s golfers before the decade is out. 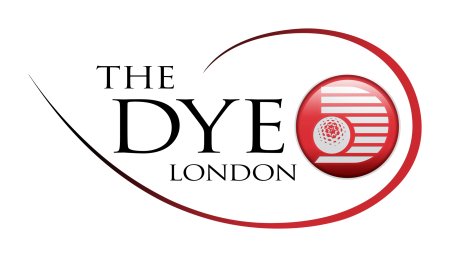 Today’s announcement that an application has been submitted to start construction of The Dye London on land near Edgware, north London, means that celebrated US golf architects Dye Designs will be bringing their unique brand of creative golf course design to the UK for the first time.

The application has been submitted by the Menai-Davis family, who in 2007 opened The Shire London, featuring the UK’s only Seve Ballesteros golf course, near Barnet, north London.

The Dye London will be an 18-hole Tour-style golf course, stretching to over 7,000 yards from the championship tees, but with many other teeing options to reduce the length of holes to encourage play by golfers of all standards. It will mimic the proven format at The Shire London, namely a small membership but with 7-day access for the public.

“Dye Designs is thrilled to announce our latest project, The Dye London, in Edgware, north London,” said a Dye Designs spokesperson. “The course will feature a Dye signature island green, similar to the famous 17th at TPC Sawgrass. Dye-designed courses have hosted over fifty championships worldwide, and our team is looking forward tremendously to creating our first golf course in the United Kingdom.”

“What a coup” said Tony Menai-Davis. “After working with Seve at The Shire London, we knew there was only one name of a similar stature we wanted to work with on this project – Dye Designs. With Sawgrass, Kiawah Island, Whistling Straits and so many more globally-renowned golf courses bearing their name, we are every bit as excited as I’m sure all British golfers will be, to see what they create right here in London.

“The Dye London will compete in quality with other facilities in the south such as The Grove and Woburn, but at more accessible prices” he continued.” Initial demand for The Dye London has been phenomenal, among those who knew that it was coming, and we hope to repeat the success of The Shire London, which launched with a fully-sold membership in 2007.”

Dye Designs continues: “We are extremely excited to bring Dye golf to England. With over 50 years in the business of golf course design and construction, we understand how to build unique, environmentally sensitive, world-class projects that attract golfers from around the world. Our hands-on design approach allows us to be on the cutting edge of conservation and protect the environment by enhancing precious natural areas and wildlife habitats.”

Dye Designs on the site in Edgware: “This is a beautiful piece of ground, with magnificent views across London, one of the world’s great capital cities. The ambience and the setting are brilliant, but most of all it’s the people involved which will make this project so special. We are passionate about what we have planned here.”

“Golf is changing,” continued Tony Menai Davis. “Many golfers these days, especially younger ones, don’t want to be part of a traditional member’s club, and prefer to play less frequently but at spectacular high-quality golf courses – like the Tour venues they see on TV, or when they go on a golf holiday. We identified this when we approached Seve Ballesteros to design The Ballesteros Masters Course at The Shire London, which has become a huge success and is now working at capacity. We are proud that The Shire London is viewed by many, seven golf seasons after it opened, as the best-value quality golf facility in the Home Counties.

“We look forward to a time when the detailed facts about this project – including accurate information about how it will enhance the surrounding area, and including matters regarding public access, biodiversity and other important environmental aspects – are widely known and recognised.

“The Dye London will be a socially-responsible addition to, and indeed of great benefit to, the local community, whether you are a walker, a nature-lover, a horse rider, a local business or of course one of London’s many golf-lovers.”

The Dye London project is anticipated to begin construction in early 2015.

The Menai Davis family also recently opened The West London Golf Centre, a driving range and 9-hole golf course, near Northolt, north west London, and an 18-hole championship-style West London Links course is currently due to open nearby in 2017.