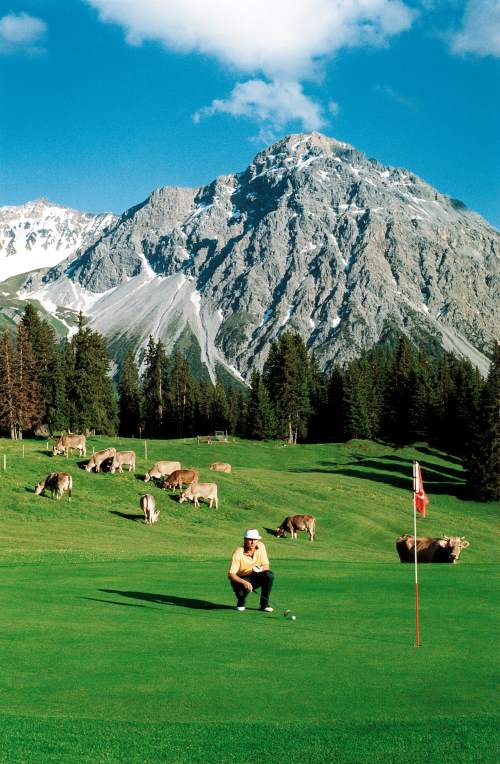 Harradine Golf are pleased to announce that they have received the building permits to renovate the original nine holes at the alpine golf course of Arosa in Switzerland which lies at 1850 meters above sea level.

The building permits were requested in January 2018 and were actually granted on the 18th of April! This must be an absolute record for Switzerland as it usually takes years for such permits to be released especially due to the environmental lobby which always has many and mostly incredible objections to anything that is connected to golf courses.

The golf course in Arosa has a special significance for the Harradine family as the original nine holes were designed and built by Don Harradine in 1945 and were left untouched except for very minor alterations.

Peter Harradine designed the 2nd nine in 2001 and supervised the construction the following year.

“This course is a true Alpine layout and not for the faint hearted,” says Peter. “Only a few years ago the first task of the greenkeeper was to remove the cow dung from the fairways as one of the contractual obligations of the club was to let the cows graze at night. In fact, cows still graze in the rough.

“Environmentalists should take this course as an example instead of always citing Augusta and other manicured examples. Maybe it is because it is extremely environmentally friendly that we received the building permits in such an incredibly short time.”

Construction is set to start in September at the end of the golfing season with an estimated opening data in September 2019.