Schmidt-Curley Design has retained its title as Asia-Pacific’s Best Golf Course Architect in 2017.

It is the seventh year in succession that Schmidt-Curley Design has captured the top prize in the Asian Golf Awards’ Best Architect category and the 11th straight year that the company has claimed a top-two finish. 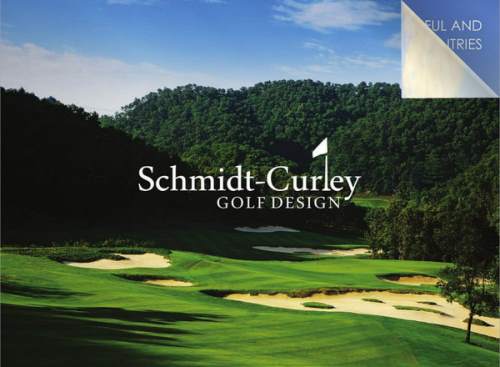 Co-founded by Lee Schmidt and Brian Curley in 1997, Schmidt-Curley is recognized as one of the world’s most innovative golf course design firms and has sculpted more than 150 layouts in 25 countries with 80 courses across the Asia-Pacific region.

“We greatly appreciate the honor and recognition,” said Curley, who was featured in the top-20 in Golf Inc.’s 2015 listing of the Most Powerful People in Golf in Asia.

For over two decades, Schmidt-Curley Design has been intimately involved with the Asian golf industry. The firm’s extensive work at China’s Mission Hills also received praise during the Awards ceremony in Da Nang.

Ten-course Mission Hills Haikou – entirely master-planned and designed by Schmidt-Curley – maintained its position as the Best Golf Resort in Asia-Pacific.

Curley believes it has become ‘one of the premier tournament courses in the world’ and that many more events will be staged there.

Curley said: “The Blackstone Course at Mission Hills Haikou has established itself as one of the ‘must play’ venues in Asia. Its striking contrast of golf within a black lava field terrain is equally scenic and demanding and with risk/reward opportunity at the final holes, this course should prove to be one of the premier tournament courses in the world.

“These awards are testament to the quality of our outstanding and highly talented team and the professional service we provide.”

The firm has been busy in the past year with efforts on spectacular sites in Vietnam and Myanmar.

Curley said: “We are honored that so many of our courses continue to be selected as venues for top-level professional tournaments and we are also proud of our record of consistent design achievement, master-planning expertise and client satisfaction. We look forward to next year when we will unveil more new courses.”