Titleist Continues As #1 Choice At The Open Championship 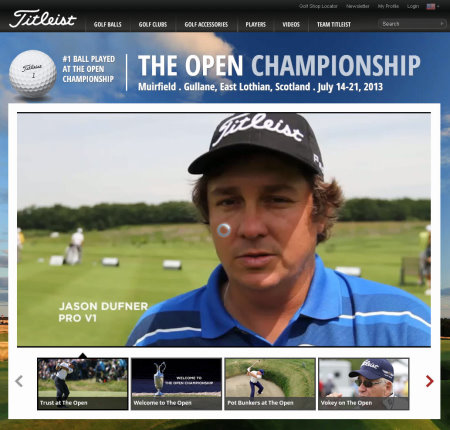 As the world’s best players compete to mark their name in history as the 2013 Open Champion, the legendary Titleist Pro V1 franchise continued its historic run as the overwhelming golf ball choice at the world’s oldest Major championship.

91 of the 156-player field at Muirfield chose to tee it up with a Titleist Pro V1 or Pro V1x golf ball, more than four times the nearest competitor with 21.

This has included a number of impressive victories for Titleist Brand Ambassadors, most notably Adam Scott (Pro V1) claiming his maiden career Major title at The Masters and Matteo Manassero (Pro V1x) capturing the BMW PGA Championship at Wentworth.