British trolley manufacturer Stewart Golf has posted yet another record month on its way to recording its highest ever second quarter output. June 2018 saw an increase in output of 19% compared to the same month in 2017, which had been the previous biggest month. The second quarter also saw a 16% increase against Q2 of 2017. Exports for April-June 2018 were up by more than 30%, with the biggest gains coming 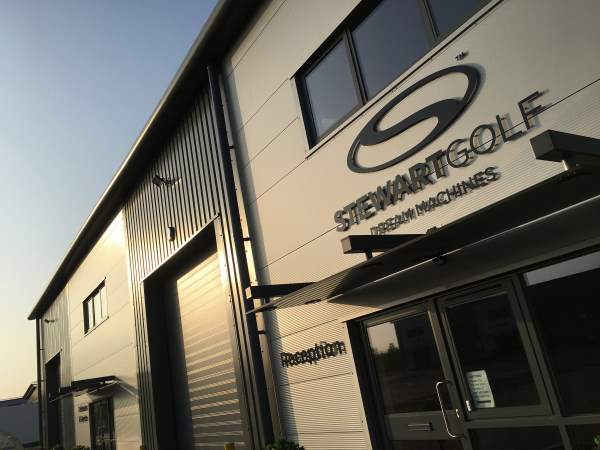 Volumes of the company’s X9 model were up 30% compared to Q2 of 2017. Despite a higher retail price, four out of every five X Series buyers opt for the flagship X9 Follow model due to its unique functionality.

CEO Mark Stewart said: “We were hit by the weather over the winter like the rest of the British golf industry was but our export business has grown sharply, which has more than made up for the difference. Our innovative machines have global appeal and this is shown by the fact that we are a net exporter so far this year.”

The record quarter also highlighted the increased output that the new Stewart Golf headquarters can now deliver: the 10,000sq ft factory and offices were officially opened in May by Gloucester MP Richard Graham.

MD David Funnell added: “Our new HQ has allowed us to exceed production and sales targets that would have been impossible in our old buildings. The team here have all worked very hard and crucially very efficiently to ensure orders are processed and shipped on time and in full.”