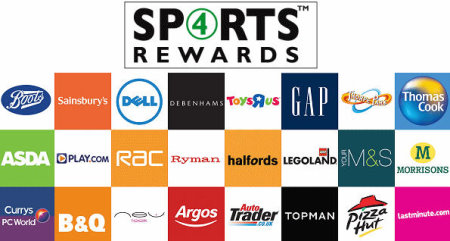 Sports4Rewards, the membership-driving benefit for golf clubs, has been island-hopping and today announces that three more clubs – in Jersey, Guernsey and the Isle of Man – have joined the scheme.

La Grande Mare G&CC on Guernsey, Les Mielles G&CC on Jersey, and Mount Murray GC on the Isle of Man have all joined the growing band of British golf clubs using Sports4Rewards to both boost member numbers, and increase current member satisfaction levels.

Launched in April 2013, Sports4Rewards helps golf club members to reduce their regular shopping bills, by providing a card to access discounts at major retailers such as Asda, Argos, B&Q, Boots, Sainsbury’s and many more.

“Retailers and other commercial organisations are attracted to the type of audience they can now access at these golf clubs.”

Chris Vermuelen, Director or Leisure at one of the new clubs, La Grande Mare, says: “Introducing the Sports4Rewards scheme for our Golf and Health Club members at La Grande Mare will greatly assist in building our brand, and will add value to our membership. We had been exploring the possibility of a loyalty card and Sports4Rewards offered savings on everyday items as well as purchases such as holidays and professional services. We believe this will be a fantastic benefit, as well as offsetting the cost of membership for our loyal customers.”

UK-based media company IDS International’s Managing Director Francis Kinnon has played a large part in the rollout of Sports4Rewards in the islands. “We’re acting as the marketing arm” says the company’s Francis Kinnon. “We’re also providing the golf clubs with new digital technology, which helps them to promote their Sports4Rewards cards to their members.”

“With the addition of these great golf clubs our golfing membership has increased to over 70,000 current users in the 4 months since we launched the product and we are making great progress in other sporting areas” said Colin Surman from Sports4Rewards.

A trade-facing website has been set up at www.sports4rewards.com, for golf clubs which wish to enquire further.