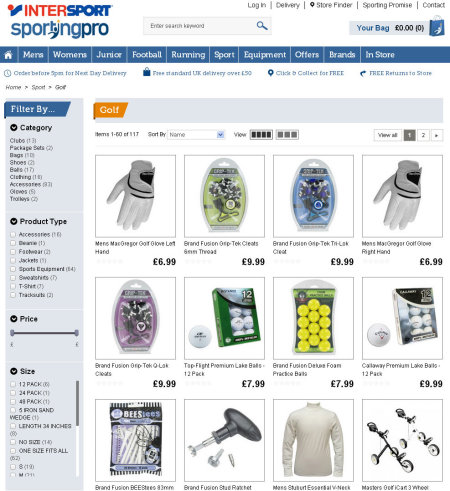 New sports retail chain Sporting Pro announce plans for its first store in central London. The new sports store will be located in the commercial heart of the affluent district of Kensington.

Sporting Pro will occupy the site previously inhabited by Superdrug; it will offer 6,000 sq ft of spacious interior with a strong presence of women’s sportswear and football kit plus an extensive range of sporting footwear and apparel. There will also be equipment for a variety of sports including football, rugby, individual sports and racket sports.

The store will be designed in the same unique fashion as all Sporting Pro stores, with printed flooring resembling sports courts, pitches and running tracks. It will stock big name brands such as Nike, Adidas, new Balance, Asics, Reebok, Under Armour, Kappa, Canterbury and Onitsuka Tiger. Equipment suppliers include head, Babolat, Wilson, Speedo, Raleigh plus products from outdoor brands including Columbia.

Sporting Pro launched in September and recently announced its first 10 (ten) locations across the UK. Kensington is its eleventh confirmed signing; in total 14 Sporting Pro stores will open this autumn creating 370 jobs. These figures will increase with the ongoing expansion of the group and further store openings in 2014.

The first of the newly fitted spacious shops are due to open in Walsall, Coleraine and Harlow within the month. A further 7 stores will open in Colchester, Leeds, Knaresborough, Stockton, Sheffield, Stockport and Wakefield within the next two months.

Plans and date for the official opening of Kensington will be announced in early November.

The online golf offering of the retail chain is now live at http://www.sportingpro.co.uk/sport/golf.html

Sporting Pro has become a member of INTERSPORT, a brand management and buying organisation that operates worldwide, with over 5,400 retailers in 42 countries. The INTERSPORT UK and Ireland group now has 90 members operating out of more than 260 outlets.