Two of Britain’s leading golf brands have joined forces in an innovative and exciting marketing collaboration. Bunker Mentality, one of the fastest growing independent apparel brands in the golf world, and Shot Scope, already established as a global golf technology brand, will be offering golfers the opportunity to compete for some fantastic prizes. 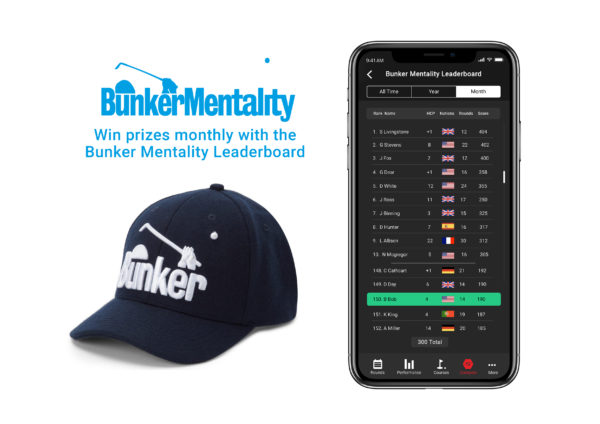 A new Bunker Mentality Leaderboard has been created in the Shot Scope platform, where all Shot Scope golfers can compete against each other, in a different way, every time they play.

Bunker Mentality’s Founder and Creative Director, Robert Hart, commented: “We are delighted to be joining forces with Shot Scope, especially as we share the same values. We are both dedicated to golf. We both are independent and renowned for creative innovation. And we both utilise technology in our products. So this is a great fit for both brands – literally.”

Shot Scope CEO David Hunter added: “Our collaboration with Bunker Mentality is another of our social community initiatives which is aimed at bringing golfers together and hopefully help them to improve their game. And we know that looking good/feeling good on the course is a vital component to playing your best golf!”

Shot Scope users can Join now to see where they rank! Code to join: Bunker

Shot Scope V2 is a GPS and performance tracking golf watch. Learn where your strengths and weaknesses lie, via the hundreds of stats on the performance dashboard or mobile app. Shot Scope V2 is used in 52 countries globally and records over 1 million shots every 10 days. https://shotscope.com

Galgorm Castle Golf Club has installed Toptracer Range at its academy, with the award-winning technology available to use by all golfers after today’s official opening.