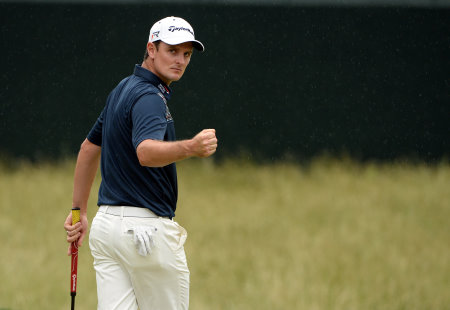 american golf, Europe’s largest retailer of golfing equipment and accessories, has seen its sales surge on the back of Justin Rose’s dramatic victory in the US Open.

In the week following the US Open, american golf recorded a 16.4% increase in total sales across its store network, compared to the week after the 2012 tournament.

Traffic to the www.americangolf.co.uk website has also flourished, up 57% compared to the same period last year.

Warrington-headquartered american golf said the landmark victory, Rose’s first major title and the first by any Englishman in the US Open for more than 40 years, had sparked a flurry of interest from amateur golfers across the country.

Amongst the retailer’s best-selling items were Justin Rose’s TaylorMade clubs, including the R1 Driver (up 21% week on week), RBZ S2 Tour Fairway Wood (up 38%), and the ATV Wedge (up 63%).

Kevin Styles, american golf’s Chief Executive Officer, said: “Justin’s triumph in the US Open is good for golf and good for business.  It was a perfectly timed victory coming at the start of the peak golf season and will help to generate interest in the game.

“It’s not only existing golfers that have been snapping up equipment.  We have had a lot of enquiries from people keen to take up the game for the first time.  We pride ourselves on helping golfers improve their game – whether it’s a beginner who receives advice from one of our in store PGA Professionals, or more experienced players who benefit from custom club fitting and video swing analysis, our aim is to save them shots when they are out on the course.”