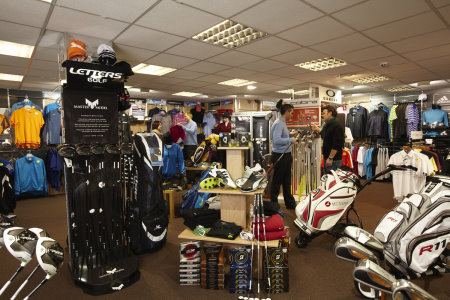 Direct GolfUK, Europe’s leading multi-channel golf retailer, has made a positive start to the new financial year with sales for the month of October up 18% year-on-year.

Despite the wettest summer for over 100 years, the progressive retailer continues to buck the trend and posted record sales for the first month of their 2012-2013 financial year.

John Andrew, Chairman and Class AA PGA Professional, commented: “Following the wash-out summer, it’s encouraging to see such positive results at the start of the new financial year. We have invested significantly to improve our website, launching an online TV channel and new apps to make shopping at Direct Golf even easier and it’s great to see sales up 26% online, particularly in the run-up to Christmas.”

Despite the challenging economic backdrop, the British-based retailer had remained on-course to post a fourth-consecutive record year with record revenues (up 23%) for the first half of 2011-2012 financial year. However, the unprecedented levels of rainfall combined with Euro 2012, Wimbledon and the London 2012 Olympics, led to the number of rounds of golf played being down by over 30% during the key season and therefore golf-related sales being hugely affected.

“It’s been a frustrating year for the whole golf industry as it feels like we didn’t really have a summer. There are a lot of frustrated golfers out there, myself and my staff included, itching to get out and play. Hopefully, on back of the European team winning the Ryder Cup in such spectacular fashion and Europeans dominating the world rankings, we’ll get a bit of momentum going into the winter months. Certainly the early signs are promising,” added Andrew.

Established in 1991 by  John Andrew, Direct GolfUK remains 100% privately owned by its founder. Now Chairman, Andrew has taken the business from one store in Huddersfield to 21 stores across the UK, over 300 staff including 50 PGA Professionals, a 75,000 sq ft warehouse and the largest, most responsiveness, database of golfers to become the leading multi-channel golf retailer in Europe.

Since 2010, Direct GolfUK has added nine new retail sites taking their portfolio from 12 to 21 stores and posted consecutive record financial years in the process. Now in heading into their 22nd year of business, there are even more aggressive growth plans for 2013.

“We have invested significantly over the past couple of years in expanding our retail coverage and improving all aspects of our business and as a result have taken market share from our competitors, in a very tough market. For 2013, we have some exciting plans for the business and these early results for October are encouraging and demonstrate that golfers appreciate our mix of World Class customer service, huge stocks, super fast delivery allied with the best prices in the UK,” said the Direct Golf Chairman.

Direct Golf UK’s new Winter 2012 catalogue, full of the latest deals on all golf equipment, is available now from all channels.