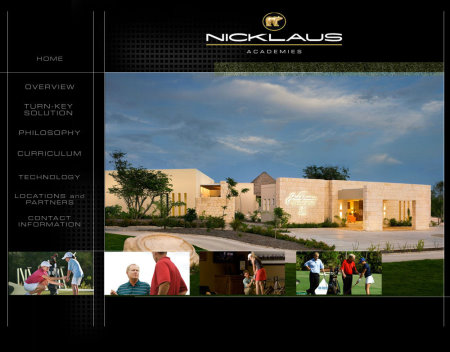 Senpar, one of Brazil’s leading golf and lifestyle residential developers, celebrated the grand opening of South America’s first Jack Nicklaus Academy of Golf at its Terras de São José II development in the town of Itu, just outside of São Paulo. The invitation-only crowd of 150+, including members of the media, was witness to speeches by executives from Senpar, representatives from Nicklaus Academies as well as leader of the Confederacão Brasileira de Golfe (CBG), Brazil’s governing body for golf.

“In the 1970s, Terras de São José Golfe Clube was the first golf club to open its doors to anyone who wanted to play. Prior to this initiative, golfers had to be associated with a private club to play. Now we are pioneers again by bringing the first Jack Nicklaus Academy of Golf to Brazil. We have the support of Confederação Brasileira de Golfe (CBG) because we have the same vision; to discover and develop new talent here at the Nicklaus Academy, especially now that golf will be an official sport at Rio´s Olympics,”  said Rosaldo Malucelli, SenparTerras de São José Director.

Senpar and the CBG signed an agreement during the celebration to support the identification and development of the top players in Brazil in anticipation of the 2016 Olympics in Rio and the re-introduction of golf as an Olympic sport. As Brazil puts its support behind growing the game of golf throughout the country, this partnership will provide the top players in Brazil access to the finest instruction technologies in the world as well as the proven and successful training philosophies from Nicklaus Academies.  Ted Britschgi, the US-trained Director of Instruction at Terras de São José II, brings a wealth of experience in training players of all abilities and will be instrumental in this joint effort.

“Nicklaus Academies is excited about the opening of our first Jack Nicklaus Academy of Golf in the southern hemisphere. Growing the game properly is the focus of our efforts with our partners at Senpar and the first installation here at Terras de São José II. Senpar has done an outstanding job in delivering a first-class facility that will benefit everyone that steps through the doors. The opportunity to contribute to Brazil’s success by training their best players is something that we are committed to 100%”, stated Ted Simons, Executive VP/COO for Nicklaus Academies.