Letters Success on Tour Marks Return of an Old Master 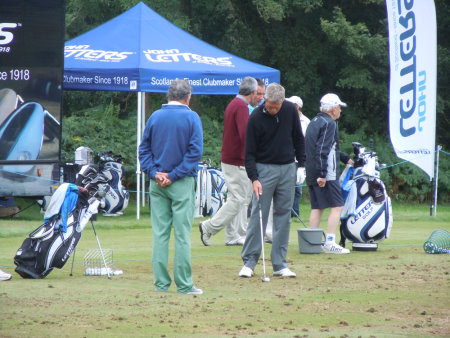 John Letters of Scotland, the equipment brand with 94 years of clubmaking history, is enjoying its most successful period on tour since its golden days in the 50’s, 60’s and 70’s.

With over 135 products in play on the Seniors Tour, new additions to its Tour Staff such as Paul Wesselingh, Sam Torrance enjoying a resurgence in form and Phillip Archer doing so well on the European Challenge Tour – 2012 has been a real breakthrough year for the Scottish brand and its Master Model products, as it looks to compete among the golfing greats once again.

The new state-of-the-art John Letters Tour truck and team of tour technicians have recently completed a four week run of events starting with the Senior Open Championship at Turnberry, taking in The Scottish Seniors and then the Speedy Services Wales Senior Open and finishing with the Travis Perkins Senior Masters at Woburn; with the famous brand picking up more fans, players and advocates of its latest products along the way. With two top ten finishes at the Travis Perkins Seniors Masters from Andrew Sherborne and Sam Torrance, respectively, John Letters had no less than 135 products in play at Woburn.

Following a 30 year absence, the iconic Master Model brand re-launched to much-acclaim in 2011 with a new set of players’ irons and also the Master Model driver, the most advanced driver in the Company’s history.

In 2012, the Master Model blades, Fairway woods and Grind wedges are continue the legacy as John Letters returns to its traditional clubmaking roots, providing the finest crafted equipment in the game.

John Andrew, Managing Director, commented: “There are not many brands that have stepped-up their tour activities in 2012, like we have. We continue to produce equipment the players want to play and more importantly, make available the services usually reserved for tour players – to players of all levels and ability – handcrafting our equipment and offering full customisation and custom fitting.”