Legendary club puts itself in the frame 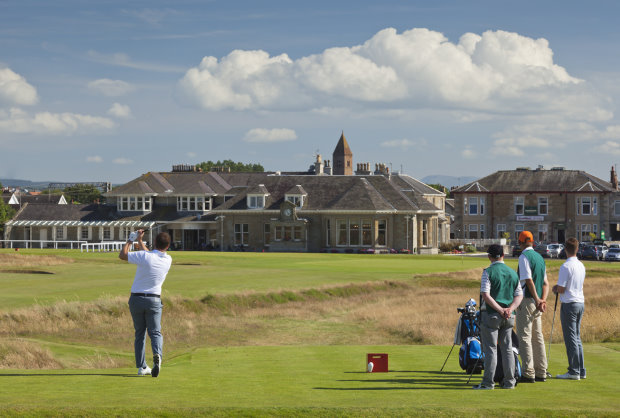 For the first time in its 163-year history, Prestwick Golf Club has commissioned a professional photographer to capture the spirit of the historic links. The renowned club took the unprecedented step during the 143rd Open Championship in July, when award-winning photographer Mark Alexander completed a detailed shoot of the course and club.

“This is the first time we have specifically commissioned photography for the club,” explained Ken Goodwin, Secretary of Prestwick Golf Club, the birthplace of the Open Championship. “Over the years, many photographers have visited the club, but this is the first time we have proactively brought in a photographer. Websites are the first port of call for people wanting to visit golf clubs, so as the technology has evolved so has our need for better imagery to promote our club.”

The comprehensive shoot, which incorporated course photography, internal imagery, action shots and pictures of official replicas of the famous Claret Jug and Championship Belt, took place over two six-hour sessions spanning two days. “It was a great privilege and wonderful experience to photograph Prestwick,” said Alexander. “The place is bathed in history and yet the course is still relevant, quirky and exciting. That’s what I wanted to capture in the images – the unique nature of this very special place.”

He continued: “To be the first commissioned photographer to shoot the course and clubhouse was particularly important considering the history and everything that has taken place here. It is one of golf’s greatest treasures, and creating imagery for it has been inspiring.”

With the last images being taken at 9:30pm and the first being shot at 5:30am the following morning, Alexander was able to shoot the famous course from a number of angles using the scintillating west coast light. The resulting portfolio of high-resolution photography will form a cornerstone of the club’s future marketing materials and promotional activities. “Our existing images were rather flat,” Goodwin explained. “They had served a purpose but it was time for something new; something more vibrant.”

He continued: “The Committee has been particularly delighted with the images because they are now in a position to compare the before and the after. Before, when we were asked by magazines for images, what we had simply wasn’t up to scratch. We really needed images that would reflect the history, the welcome at the club and the golf course, and that’s what we got by working with Mark.”

As well as using the Claret Jug as a prop, Alexander also drafted in the club’s Head PGA professional David Fleming and his senior assistant Nicky Sinclair, who posed for the camera during the shoot. “Mark’s photography of Prestwick captures the unique style of our classic old Tom Morris seaside links, perfectly highlighting the contrast between tall fescue grasses and tight undulating fairways,” said Fleming.

Not surprisingly, the club and its famous links have amassed a number of admirers over the years including four-times Major winner Ernie Els who described Prestwick as “one of the best golf experiences in the world”. Now, with a new set of images with which to promote itself, the club is hoping to attract a new band of followers.

“The images go far beyond just pictures of the golf course,” said Goodwin. “We now have internal shots that give visitors a feel for what Prestwick is about. It’s not just about the golf course; it’s about understanding the history and the welcome. We really needed images that reflect that, and that’s what we got.”