Foremost Pros Grab a Grip of the Market 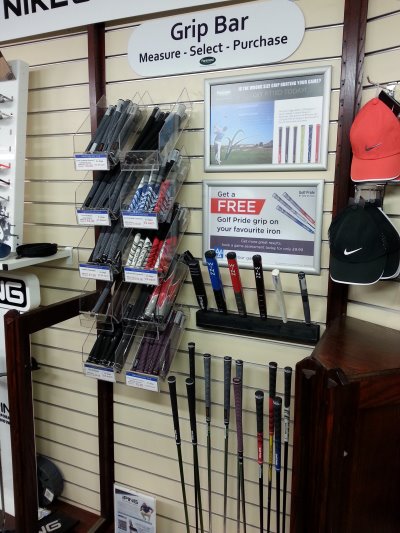 Foremost professionals saw their grip sales soar by a staggering 19% thanks to the recent Golf Pride MOT Your Game Campaign which ran with marketing support from Today’s Golfer magazine.

The campaign was run exclusively for the Elite Marketing Programme (EMP) professionals for a month during February and March and during that period sales generated by just over 200 participating members amounted to well over £120,000.

All over the country, participating Foremost professionals saw grip sales rocket at a time when sales were flat at other green-grass Foremost outlets.

Stephen Clay at Blackmoor Golf Club in Hampshire saw his grip sales increase by over 305% over the same period during 2014 while Mike Ovett at Hassocks Golf Club in West Sussex had an incredible increase of over 800%.

Nevil Bland at Brocton Hall Golf Club in Staffordshire was another Foremost member who reported an impressive success story, with his turnover during the period rising over 70% to more than £3,200.

“Stephen, Mike and Nevil were just three of the Foremost members who did very well out of the recent Golf Pride MOT Your Game promotion,” confirmed Foremost Company Director, Andy Martin. “We’ve now had the chance to crunch the numbers and it’s obvious that it has been a big success all over the country.

“As a general rule it was our EMP members who saw the biggest sales increases but that’s no surprise given the level of support the programme provides and the exclusive promotion element of the campaign that activated sales.

“The latest Golf Pride MOT Your Game campaign provides further graphic proof of the effectiveness of Foremost’s sophisticated digital marketing programme and illustrates how proactive green grass professionals are able to succeed by using the EMP and the ‘easy to use’ retail campaigns.”

“Last year we were delighted with the number of grips Foremost members sold during what is normally a pretty flat time of the year. To see that figure increase by a further 19% this year is also testament to Foremost and the innovative products we have introduced such as the MCC Plus4 and the CP2,” commented Dillon.

“We enjoy a great relationship with Foremost members and it’s campaigns like these which illustrate just how important it is to consolidate that relationship and to strengthen it moving forwards.”