Foremost member professionals from around the country gathered at the MK Dons stadium in Milton Keynes for the inaugural Foremost Annual Conference, with the two-day programme highlighted by the 2016 Foremost Golf Industry Awards.

A celebration of the group and the success of its members from around the country, the dinner was once again hosted by the well-known Scottish BBC sports broadcaster, Andrew Cotter.

Jason Broadway from West Cornwall Golf Club in St Ives scooped the night’s most prestigious award, the Foremost Professional of the Year for 2016.

Commenting on Broadway’s achievement, Managing Director Andy Martin said, “Jason supports the concept that the group was founded on by only supporting suppliers within the group. His shop is immaculate and his EMP content is of the highest standard. He’s a strong ambassador for Foremost and worthy winner this year.” 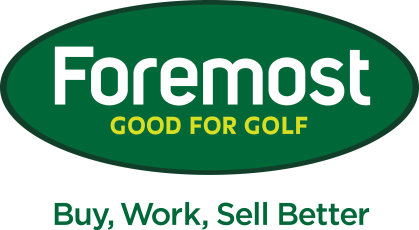 Highlighted by Supplier of the Year which went to PING for an amazing ninth consecutive year, the Golf Industry Awards Dinner was also the occasion when the winners of the Foremost Supplier Awards were announced.

Justin Rose won Performance of the Year, thanks to his gold medal winning performance at the Olympics in Rio, while Henrik Stenson edged out Rory McIlroy, Dustin Johnson, Aria Jutanugarn and Danny Willey to scoop the coveted Golfer of the Year Award. Unsurprisingly, Arnold Palmer was the clear winner of the Outstanding Contribution to the Game Award, following the sad passing of the legendary figure back in September.