Developed in partnership with Microsoft, Arccos Caddie shows a player their optimal strategy on any hole in the world. Its AI engine is fueled by golf’s richest data set, which includes over 100 million shots hit during 750,000+ rounds played by the Arccos community, and 418 million GPS mapping data points on 40,000+ courses worldwide. Arccos Caddie also considers a player’s personal shot history, the course elevation, and weather conditions. It was recently declared Permitted Under the Rules of Golf, according to USGA decision #2017-0754. 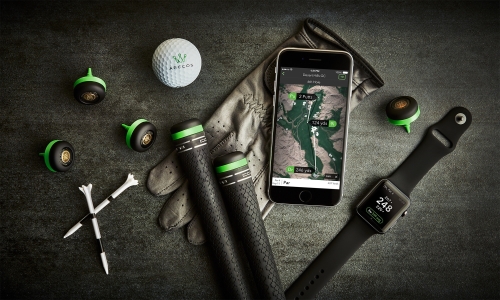 “The Arccos mission is to combine automatic data capture and artificial intelligence to help golfers of all skill levels make smarter decisions and shoot lower scores,” says Sal Syed, Arccos CEO and Co-Founder. “In conjunction with the launch of Arccos Caddie, our users lowered their handicap by an average of 3.55 strokes in 2017. That’s 46.7x faster than the average player with a USGA handicap, and a huge testament to the fact that we are truly on the right track.”

Fast Company’s Most Innovative Companies issue recognizes pioneering companies across 36 categories, from sport to artificial intelligence to virtual reality. More than three dozen Fast Company editors, reporters, and contributors surveyed thousands of companies—many of which were identified by a new MIC submission process—to create these lists.

Most Innovative Companies is Fast Company’s signature franchise and one of its most highly anticipated editorial efforts of the year. It provides both a snapshot and a road map for the future of innovation across the most dynamic sectors of the economy. The top 10 companies on this year’s list are: (1.) Apple, (2.) Netflix, (3.) Square, (4.) Tencent, (5.) Amazon, (6.) Patagonia, (7.) CVS Health, (8.) Washington Post Company, (9.) Spotify, and (10.) NBA.

“This year’s MIC list is an inspiring and insightful window into how many companies have embraced innovation and are working to make meaningful change,” said Fast Company deputy editor David Lidsky, who oversaw the issue with senior editor Amy Farley.

Arccos Caddie is offered as a premium upgrade to the Arccos 360 platform. Tiered pricing – $7.99/month, $39.99/six months, $49.99/12 months – allows users to choose the subscription option which bests suits their needs.

“The PGA TOUR has done a great job of using advanced analytics to help its players practice and perform their best. At other levels of the game, capturing the necessary on-course data has been a real challenge,” said Mike Downey, Director, Principal Evangelist – Sports at Microsoft. “Arccos has cracked that code and built a robust data set which they’re deploying via the Microsoft Azure cloud to the benefit of golfers worldwide.”

In addition to Microsoft, Arccos’ official partners include Cobra Puma Golf, which recently launched golf’s first smart set, Cobra Connect Powered by Arccos. As part of this ongoing collaboration, every club in the Cobra KING F8 line features an Arccos sensor embedded in the grip. This helps players improve faster by automatically tracking and receiving actionable insights for every aspect of their game.

“At COBRA PUMA GOLF, we believe COBRA CONNECT Powered by Arccos is a game-changer for the golf industry. Thanks to our partnership with Arccos we are putting the first ‘smart set’ of clubs in the hands of golfers of all levels, helping them play better golf and have more fun while doing so,” said Bob Philion, President of PUMA North America and COBRA PUMA GOLF. “We truly believe that ‘smart’ clubs are the future and utilizing Tour level analytics will help golfers make smarter decisions on course, practice more efficiently, and ultimately improve their performance. We’re truly excited about the continued partnership with Arccos.”