ECCO and Under Armour Join the Foremost Fold 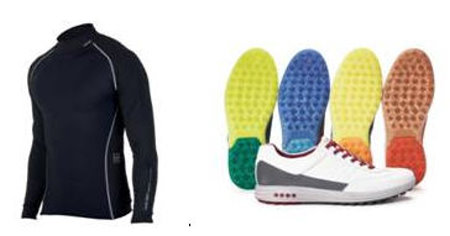 Foremost Golf has announced that ECCO and Under Armour have been added to its impressive list of Approved Suppliers.

The two companies join a list of existing Approved Suppliers that completes an extensive portfolio of all the most popular equipment, ball, footwear, clothing, outerwear, golf bag, trolley and GPS manufacturers.

ECCO manufactures some of the finest hand-crafted, high-tech and stylist shoes found in the golf market and it has received considerable acclaim for its new Golf Street and Biom ranges.

Under Armour is a leading developer, marketer and distributor of branded apparel, footwear and accessories and is the dominant player in the growing base layer market. It is proud of its reputation for technological innovation and believes technological advances such as Storm and its latest innovation, Infrared, will help propel the company towards its stated goal to become the No. 1 Golf Apparel Brand in the UK.

“We see Foremost playing an increasingly pivotal role within the achievement of that goal and we look forward to developing a number of initiatives to further grow our business with Foremost members,” said Neil Heslop, Managing Director of PHJ Brand.

“It is with great pleasure and excitement that ECCO has become an Approved Supplier to Foremost Golf for 2014,” said Steve Ryrie, ECCO’s UK Sales Manager.

“Since pioneering the spikeless golf shoe phenomenon in 2010 ECCO has gone from strength to strength.

“There is no doubt ECCO is a brand that is much in demand so the time is right to renew our partnership with Foremost which will enable us to showcase the ECCO brand in premium locations all over GB & I and to bring our products to a much wider consumer audience than ever before.

“2014 looks set to be another exciting year for ECCO and we look forward to a mutually beneficial relationship with the Foremost group,” added Ryrie.