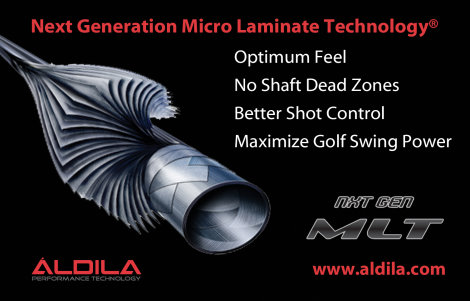 Led by the company’s most popular shaft on the PGA Tour, the Tour Blue and Tour Green Aldila turned in an impressive showing at the Waste Management Phoenix Open. Aldila won the driver, wood and hybrid shaft manufacturer counts by double digits in each category, according to the Darrell Survey. Aldila had 12 more driver shafts, 24 more wood shafts and 19 more hybrid shafts in play than the next leading shaft manufacturer.

“Engineered with the latest materials and manufacturing technology, the Tour Blue/Green shafts are designed to maximize the power of your individual golf swing,” said John Oldenburg, Aldila’s Vice President of Engineering and Product Development. “The constant taper shaft profile provides exceptional feel and a smooth, controlled release. Both shafts are made with Aldila’s Next Generation Micro Laminate Technology™ (MLT). Combined with ultra-thin, ultra strong materials allows the construction of a shaft with outstanding performance and unparalleled consistency.”

Aldila also was tied for the number one graphite iron shaft in play with three sets of the RIP Tour 115 irons.