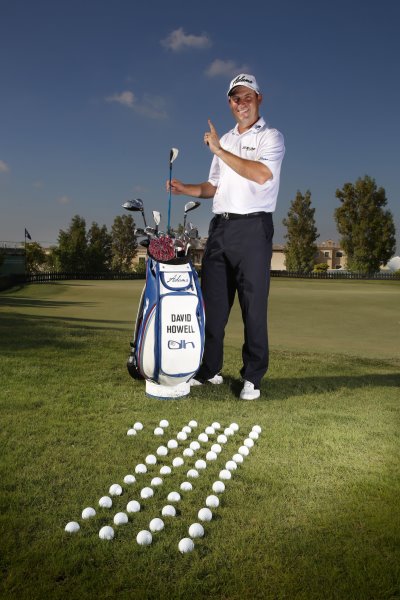 Adams Golf is once again celebrating after becoming the number one hybrids on the European Tour in the 2013 season. The brand, known for its game-changing innovation and easy-to-hit equipment, is best known for its hybrid technology and while Adams’ hybrids have been the most-played hybrids on the PGA Tour, Web.com, Champions and LPGA Tours for some time, this is the first time the brand has had such dominance in Europe.

Simon Homer, Head of Adams Golf Europe, commented: “We are absolutely thrilled to reach this milestone in Europe. It is our first full year on tour – so to become the most played hybrid in that time is quite remarkable. Knowing that some of the best golfers in Europe have selected to play our product without endorsement further adds to the credibility of Adams and underlines our commitment to producing the best performing, easy to hit products.”

The cumulative count for 2013 takes into account all hybrid clubs played on the European Tour and the result clearlydemonstratesthat Adams hybrids are the players’ product of choice.

“We had a clear goal to be #1 by the end of the 2013 season. It’s a testament to the tour team and the quality of our products that we have been able to achieve such a monumental shift on tour in such a short period of time,” added Homer.

With limited European Staff players with endorsement agreements with Adams, the milestone is even more impressive. “We believe our hybrids outperform anything else in the category and it’s clear from the count that the best players in Europe agree” added the Adams Golf Europe Chief.

It’s perfect timing for the brand, as Adams has enjoyed it’s first win on The European Tour with Staff professional David Howell winning the Dunhill Links with two Idea SUPER 9031 hybrids in his bag, as well as the Tight Lies™ Fairway Wood winning a product award for innovation at Golf Europe 2013, the European Golf Industry Trade Show.

The two most popular Adams models played on Tour in 2013 have been both the Idea SUPER 9031 and Idea SUPER DHy. These were added to Adams’ award-winning family of hybrids in April, both models are geared toward low-to-mid handicap players and reflect Adams’ renowned easy-to-hit for all skill levels philosophy.

Setting a new benchmark in their respective categories, the clubs utilise patented Velocity Slot Technology (VST) to increase ball speeds and promote additional distance and forgiveness. The SUPER 9031has enhanced shaping and the use of slots to produce a hotter clubface and greater versatility versus long irons.Inaddition our driving hybrid, the Super DHy, offers a penetrating ball flight with workability that is superior to today’s standard irons.

#1 Hybrids on The European Tour, PGA TOUR, Web.Com Tour, and LPGA Tour claim based on 2013usage on each Tour, as reported by the Darrell Survey Co. and Sports Marketing Surveys, Inc.