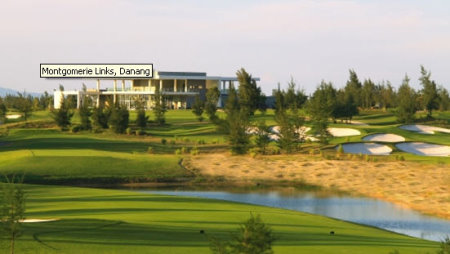 The credentials of Vietnam’s Central Coast as one of Asia’s premier golf destinations have been confirmed by the country’s award as Golf Destination of the Year for Asia and Australasia by the International Association of Golf Tour Operators (IAGTO).

The announcement at the annual IAGTO Awards Gala Dinner on the final day of the International Golf Travel Market – the golf industry’s annual travel trade show – in Portugal yesterday (15th November) inevitably focuses attention on the Hue-Danang-Hoi An region where three world-class courses, each designed by a modern great of the game, have been developed in the past three years.

Next month, Laguna Lang Co, designed by six times Major winner Sir Nick Faldo, opens less than an hour’s drive north on the coast between Danang – Vietnam’s third largest city – and the former imperial capital of Hue. As part of a new five-star tourism development by Banyan Tree Hotels & Resorts, it is expected to bring many more golf tourists to the Central Coast.

Montgomerie Links, Danang Golf Club and Laguna Lang Co are members of a destination-marketing program, Golf CoastVietnam(www.golfcoastvietnam.com), which was established in early 2012 to promote the region’s golf tourism credentials.

Nowhere else inVietnam, which has just 30 golf courses in the entire country, can match the Central Coast for the quality of its golf and general travel attractions. As well as golf, three UNESCO World Heritage sites – Hoi An Ancient Town, the Hue monuments and My Son cultural sanctuary are all in the region.

“Vietnamwas once a hidden charm for tourists, but it is proving to be a formidable foe for countries such as Thailand and Malaysia, especially for golf,” says the general manager of Danang Golf Club, Ben Styles.

“With the addition of the world-class golf courses on the Central Coast in Laguna Lang Co, Montgomerie Links and Danang Golf Club, Vietnam is quickly becoming recognised as a ‘must visit’ golfing destination. Anyone who comes and tries these amazing golf courses won’t be disappointed.”

“This award for Vietnam comes at a perfect time for the country and the Central Coast region,” says the golf director of Laguna Lang Co, Tim Haddon, due for a soft opening next month. “With a third world-class course about to open in the region, the focus of international golf travellers will inevitably turn to this area and people will see for themselves what a truly wonderful golf experience we offer.”

Meanwhile, Mark Siegel, the managing director of Golfasian, the only dedicated inbound golf tourism company operating in Vietnam, says the Central Coast is his company’s fastest-growing region in South-East Asia.

“Golfers from around the world are amazed at the quality of golf available in and around Danang,” he reports. “Combined with the nearby ancient town of Hoi An, one of the world’s best beaches, and the plethora of resorts at all price levels makes Golf Coast Vietnam the destination of choice for savvy golf travellers.”

Last year, the Thai resort city of Pattaya was named as IAGTO’s golf destination of the year for Asia and Australasia — the first time a region rather than a country has won the award, which has twice been given to Thailand.

The IAGTO awards were established in 2000 to reward exceptional contributions to golf tourism. IAGTO’s 450-plus golf tour operators from 59 countries vote for five regional winners around the world, based on the best performing destinations for their clients.