UK Interest in Donnafugata Soars For 2013 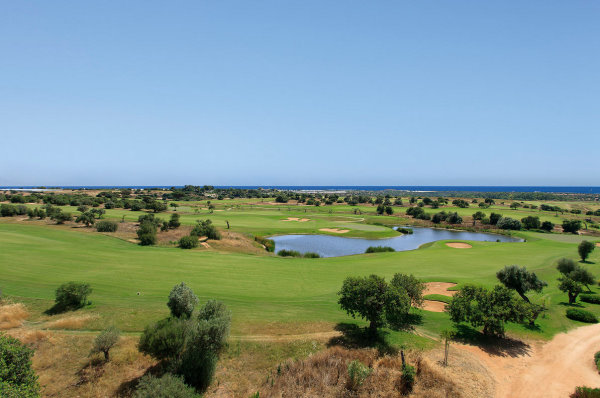 Donnafugata Golf Resort & Spa has enjoyed a memorable last 12 months and even better times lie ahead with the luxury Sicilian venue having already booked more than 50 per cent more business from the UK market for 2013 than it took in the whole of last year.

The five-star resort has experienced a massive surge in demand during the winter as its reputation as one of the most talked about golfing destinations in Europe continues to grow, with UK visitor figures forecast to increase by at least 300 per cent in 2013.

Bookings across the UK have soared over the last three months from people keen to experience Donnafugata’s first-class facilities, which include two 18-hole championship golf courses, a 202-room five-star hotel and an award-winning luxury spa.

The deluxe venue is starting to reap the rewards of working closely with a range of specialist golf tour operators, both large and small, across the UK and of investing in a concentrated promotional campaign in the media.

And interest in the complex is set to increase further with the opening of the new Comiso airport just 20 minutes’ drive away scheduled for April, and Donnafugata already having been handed the honour of hosting a new mixed pairs competition later this year.

Taking place from September 29 to October 4, the Sicilian Sizzler Mixed Pairs Tournament will see 24 pairs from the UK compete over 54 holes for the chance to be crowned champions.

“The interest we have received from the UK market over the last few months has been fantastic and it all bodes well for 2013 and the future,” said Guy Roberts, golf director at Donnafugata Golf Resort & Spa. “Donnafugata has really captured the public’s attention in the short space of time that we have been open and business is flourishing in what continues to be a difficult time for a lot of resorts.

“Our close collaboration with a number of golf tour operators and a very successful communications campaign involving regular press releases, advertising and other promotional activities have helped increase our visibility to such an extent in the UK that it is set to become one of our three biggest markets in 2013.

“The surge in bookings is reward for all the hard work that everyone has put in to make Donnafugata a success and makes us even more determined to continue to deliver a five-star service to our customers.”

Opened in 2010, Donnafugata has wasted little time in establishing itself among the elite resorts in Europe, and was chosen to host the European Tour’s Sicilian Open in 2011, less then a year after opening.

Building on its fantastic start, the luxury complex was named as the top golf resort in Italy for 2012 by Conde Nast Traveller magazine, it was included in Rolex World’s latest Top 1,000 Golf Courses poll and became the first course in Italy to be invited to join IMG Prestige, an exclusive collection of some of the world’s most celebrated golfing venues, last October.

Located 90 minutes’ drive from Catania airport, Donnafugata offers the perfect solution for people seeking a relaxing holiday in five-star surroundings on the largest island in the Mediterranean.

The deluxe venue is situated near to the historic town of Ragusa, the cradle of Sicilian Baroque architecture, with its neighbouring towns listed among the pearls of the UNESCO World Heritage Sites: Modica, Scicli and Noto.

As well as its golf courses, Donnafugata offers a 202-room five-star hotel, spa and wellness centre, swimming pools and fine-dining in three restaurants, and is the ideal destination for a holiday focused on sport and relaxation in a truly exclusive setting.

Titleist’s new T-Series iron family – which will be available for fittings from today (July 29) and in Titleist authorised retailers worldwide from August 26 – consist of four models – T100, T100•S, T200 and T300, each of which features new materials, processes and refinements that power exacting precision, performance and unmatched feel.