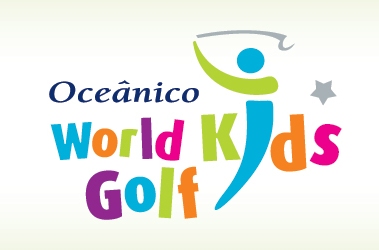 The rapid expansion and notoriety of the hugely successful Oceânico World Kids Golf Championship (OWKG) has been recognised by the Royal & Ancient Golf Club of St.Andrews and United States Golf Association, with competitors in this year’s field earning points that will count towards the World Amateur Golf Rankings.

The acknowledgement is testament to the giant strides the event has made in recent years in attracting young players of great quality from all over the world, including this year’s tournament that runs from the 25th- 29th July 2011 and includes competitors from as far afield as Thailand, Asia.

With unwavering support from the Portuguese Golf Federation since 2009 the OWKG has been able to catch the imagination of some of golf’s stars of tomorrow, by attracting players to compete over the critically acclaimed Oceânico courses. The venue plays host to a number of high profile events on the world’s professional circuits, including the European Tour’s Portugal Masters, highlighting its expertise in staging prestigious golf tournaments.

“We are delighted to have been awarded World Amateur Golf Ranking Points for the first time, which is testament to the quality of the tournament and the strength of the field,” commented Chris Stilwell, Oceânico Golf’s CEO. “Although the tournament itself is always competitive, our primary aim is to create a fun environment for the whole family, encouraging golfers to bring the rest of their family along and enjoy the excellent facilities here at the Amendoeira Golf Resort. With another great event scheduled for July, this year looks set be the best Oceânico World Kids Golf Championships yet.”

With a variety of age groups for boys and girls between the ages of 7 and 18, competition categories are determined by both age and gender. Children aged above 10 years will compete over 18 holes on each day, while children under 10 years will play 9 holes on the three competition days. Creating the feel of a professional ‘Tour’ event the Oceânico World Kids Golf Championship will count each player’s gross score towards their Championship total and prizes will be awarded for the first three competitors in each age category, for both boys and girls.

The event is as comprehensive as any on the golfing calendar and played over two of Oceânico’s most stunning championship courses, the Oceânico Faldo course and the Oceânico O’Connor Jnr. For the first time in its history the leading players will be awarded ranking points in the 14-18 year-old categories in the World Amateur Golf Rankings, placing them amongst some of the finest young players in the sport.