UBS returns as title sponsor of the Hong Kong Open 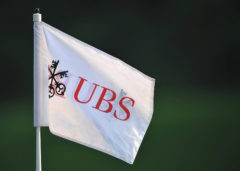 The Hong Kong Open will carry the title sponsorship of UBS for the eighth time when the 54th edition ofHong Kong’s longest-running sporting event takes place from 15-18 November, 2012.

Since then, the Spanish duo of José Manuel Lara and Miguel Angel Jiménez, Chinese Taipei’s Lin Wen-tang, Frenchman Grégory Bourdy andEngland’s Ian Poulter have all joined Montgomerie in the illustrious roll call of former champions of the Hong Kong Open, which will again be co-sanctioned by The European and Asian Tours, and the Hong Kong Golf Association (HKGA).

As usual, this year’s US$2million tournament will be played in the critical week before the season-ending DP World Tour Championship,Dubai, thus giving competitors the final chance to qualify for the 60-man showpiece.

As the UBS Hong Kong Open will feature towards the tail-end of the Asian Tour season, it will also greatly impact the race to win the prestigious Asian Tour’s Order of Merit crown, currently held by Juvic Pagunsan of the Philippines.

Kathy Shih, Head of Asia Pacific Wealth Management for UBS, said: “UBS is delighted to continue its association with the Hong Kong Open and its role in establishing the tournament as one of the most prestigious championships in Asian golf.  At the same time, the Hong Kong Open has played an integral part in UBS’ regional sponsorship strategy, and has been extremely successful in fulfilling the firm’s sponsorship objectives for theHong Kong market. We look forward to supporting this year’s event which, I am confident, will be as competitive as ever.”

Keith Waters, The European Tour’s Chief Operating Officer and Director of International Policy, said: “UBS has become synonymous with the recent, illustrious history of the Hong Kong Open, so we are delighted to see them renew their sponsorship of this prestigious tournament.

“In conjunction with our partners at the Asian Tour and the Hong Kong Golf Association, we are proud to co-sanction a tournament which has produced some eye-catching performances from some notable champions in recent seasons, and I have no doubt this year’s edition will continue in the same vein.”

“As one of theAsia’s premier events the UBS Hong Kong Open holds a special place on the Asian Tour Schedule, and we are delighted to be co-sanctioning this tournament once again with The European Tour and the Hong Kong Golf Association. The Asian Tour stars always enjoy competing inHong Kong, as the event is superbly staged at a great golf course in a vibrant city.”

Peter Aherne, President of the HKGA, said: “It gives us great pleasure to welcome UBS back as the title sponsors of the Hong Kong Open, a sporting institution which continues to flourish year on year.

“The manner of Rory McIlroy’s victory last year, when he holed his bunker shot on the 18th green, perfectly summed up the skill and excitement we have come to expect from the event down the years, and we look forward to another exciting edition in November.”