Time has flown for man of the moment Pieters 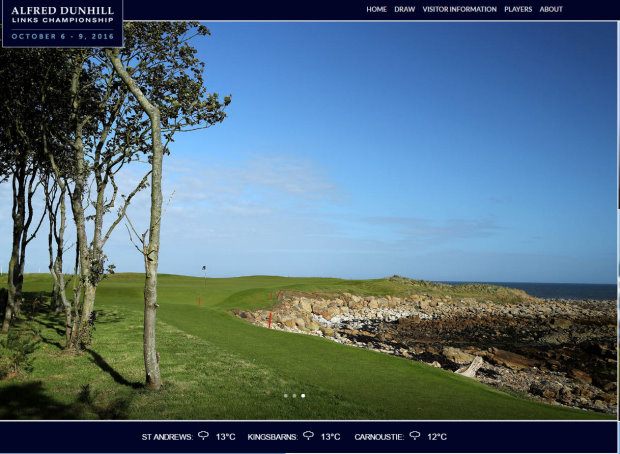 Thomas Pieters admits it is a “weird feeling” to return to the Alfred Dunhill Links Championship as a Ryder Cup star just two years after a strong finish at this event helped him solidify his European Tour card.

The big-hitting Belgian was the leading scorer on either side at Hazeltine National last week, winning four points from five matches in his first Ryder Cup.

Pieters is one of six members of Darren Clarke’s team in Scotland for this week’s tournament, with Martin Kaymer, Lee Westwood, Danny Willett, Matt Fitzpatrick and Rafael Cabrera Bello also teeing it up.

Two years ago, Pieters finished in a share of 18th place when he made his debut at the US$5 million event, which is played as a Pro-Am on three of the world’s finest links courses in St Andrews, Carnoustie and Kingsbarns.

The 24 year old has been paired with Johann Rupert, Chairman of the Organising Committee, whilst keen Sheffield United fan Fitzpatrick has former Portugal and Real Madrid footballer Luis Figo as his playing partner, and Cabrera Bello will team up with Dermot Desmond, the Irish businessman who part owns Celtic FC.

With a prize fund of US$5 million, the Alfred Dunhill Links incorporates an individual professional tournament for the world’s leading golfers and a team championship in which the professionals are paired with the amateur golfers which creates a unique atmosphere.

The Alfred Dunhill Links Championship, which takes place from October 6-9, celebrates links golf at its finest and is played over three of the world’s best known and respected links courses – the Old Course at St Andrews, Carnoustie and the highly regarded Kingsbarns Golf Links

Admission is free for all spectators over the first three days with final day tickets on Sunday, October 9 available to purchase at the entrance gates for £20 (Seniors £15) or in advance at: https://www.eventbrite.co.uk/e/alfred-dunhill-links-championship-tickets-25844992067