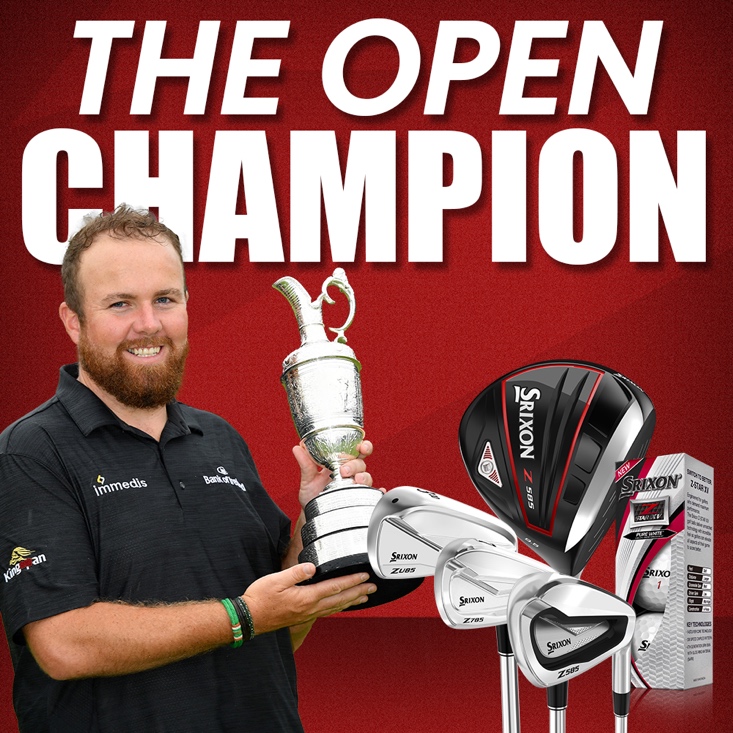 The popular Irishman, clearly at home on a course he’d won at during a stellar amateur career, followed up two rounds of 67 on Thursday and Friday, with a flawless course record, 8-under-par 63 on Saturday to open up a commanding four-shot lead heading into the final round.

Sunday brought torrential rain and wind to the Northern Ireland links, but under severe weather conditions, Lowry pulled on his love of links to golf, putting in an imperious display of golf to capture a six-shot victory, and with it, the famed Claret Jug and a place in golfing history.

“Everyone at Srixon Europe is overjoyed for Shane, as there couldn’t be a more deserving winner of the Claret Jug on The Open’s historic return to Royal Portrush for the first time since 1951,” commented Leslie Hepsworth, UK & Ireland President at Srixon Sports Europe.

“Shane has been a tremendous ambassador for Srixon since 2010, and this year has been using the new Z-585 Driver, Z-Star XV6 golf ball, Z Series Irons and Cleveland Golf RTX-4 wedges to magnificent effect leading up to this maiden Major title.