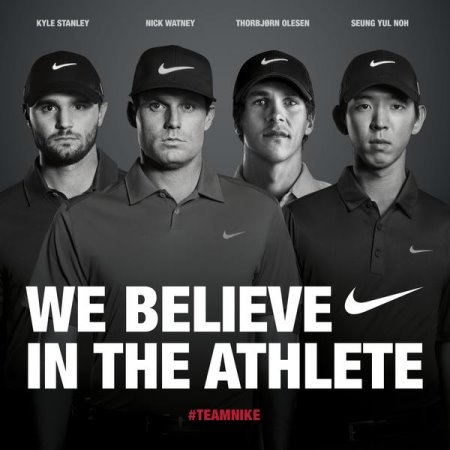 Following on the heels of the recent announcement that Nick Watney, Kyle Stanley and Thorbjørn Olesen have signed with Nike Golf, another young rising star, Seung Yul Noh, has joined the Nike Golf Tour staff.

Noh entered into a multi-year agreement with the Swoosh and will represent Nike Golf in clubs, ball, footwear, glove, apparel, headwear and accessories.

“Nike is the number one sports brand in the world,” said Noh.  “The best players in the world trust the Swoosh and I am proud to be a part of that group.”

“Seung Yul is an impressive athlete, who is powerful and long off the tee,” said Mark Thaxton, Global Director of Sports Marketing Operations. “He has a tremendous future with Nike Golf and we are thrilled to have him among our strong stable of athletes.”

Noh impressively cemented his place in Asian golf history by becoming the youngest winner of the Asian Tour Order of Merit at the age of 19 in 2010.  He is the winner of two tournaments on the Asian Tour, the 2008 Midea China Classic and the 2010 Maybank Malaysian Open.

In his first full season on the PGA Tour in 2012, Noh competed in 28 events, finished in the top 10 three times and made 24 consecutive cuts.

Five golf industry specialists have combined their extensive knowledge and expertise to set up a new golf club consultancy in the UK.