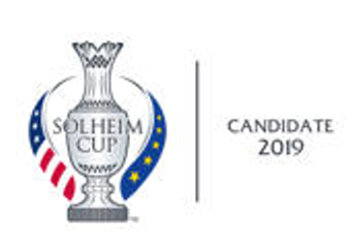 Scotland’s bidding team for The 2019 Solheim Cup has congratulated the victorious US team following a thrilling fight back to wrestle the Solheim Cup from Europe at St Leon Rot in Germany.

In a stunning final day, Julie Inkster’s team battled back from 10-6 down to prevent Europe winning the event for the third time in a row, proving that matchplay golf can provide some of the most dramatic moments in sport.

Paul Bush, Director of Events at VisitScotland, is leading Scotland’s bid to host The 2019 Solheim Cup at Gleneagles, and said: “The Sunday singles at St Leon Rot proved what a terrific sporting spectacle Match Play golf and The Solheim Cup can be. Both teams deserve credit for giving everything in the pursuit of victory and showed why millions of sports fans round the world tune in to watch the biggest event in ladies golf.

“In Scotland, we are no stranger to hosting the biggest and best events in world golf and we very much hope to be able to welcome the best women golfers in the game to Gleneagles in 2019. We hosted a dramatic Ryder Cup in 2014 and it would be fantastic to follow that up with a Solheim Cup in 2019. We saw from the pictures in Germany how much The Solheim Cup has grown in stature and we have no doubt that holding the event in Scotland would help to elevate the event even further.”

Bush also moved to congratulate Scotland’s Catriona Matthew on making her eighth Solheim Cup appearance, and one that included a winning record with victory in three of her four matches.

He added: “Catriona’s contribution to the European team deserves special mention. To have played in eight Solheim Cup matches is an incredible achievement and to do so with such a phenomenal winning record shows what a great leader she is. She is a terrific ambassador for Scottish golf and although she has been on the losing side on this occasion she can hold her head high following another great performance. We very much hope that she will still be involved in the event of a successful Scottish bid for The 2019 Solheim Cup.”

Scotland’s submission, which proposes staging the event on the world-renowned PGA Centenary Course at Gleneagles, has now moved to the final stage with site visits from LET officials planned at Gleneagles this week before a decision is made by the Player’s Committee at the end of October.

The visits, which are being co-ordinated by the EventScotland team at VisitScotland, will include a tour of the hotel and its grounds, presentations from key Scotland partners and a meeting with First Minister Nicola Sturgeon.

Bush added: “We are confident that our bid is a strong one and we look forward to further demonstrating to the Ladies European Tour this week that we not only have the passion, but the capacity, capability, credibility and confidence to hold the best-ever Solheim Cup in 2019.”

ECCO GOLF Ambassador Minjee Lee shot a seven-under-par 64 to claim her maiden major title at the Evian Championship in France.