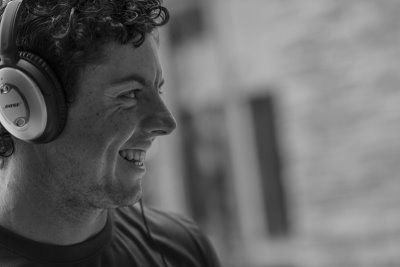 Bose Corporation announced at The Honda Classic in Palm Beach Gardens, Florida, that Rory McIlroy will be the Global Brand Ambassador for the company’s headphones, portable speakers, home and automotive systems. McIlroy joins Bose in a multi-year agreement as he begins 2013 as the number one golfer in the world.

A lifelong music lover, McIlroy has been a Bose customer for years. “Rory is a once-in-a-generation athlete,” said Bob Maresca, president of Bose Corporation. “Just like his millions of fans around the world, we’re amazed by his talent and his passion. We know a lot goes into his game even when he’s off the course. He loves music, just like we do, and we’re thrilled to be a part of how he competes and relaxes.”

This is the first endorsement for McIlroy with a consumer electronics brand and he will only represent Bose products that he uses.

“We want Rory’s fans and our customers to know that if they hear from Rory about Bose, it’s on behalf of something he chooses – not something we choose for him,” said Maresca.

“I’m a huge headphone guy,” said McIlroy. “And Bose headphones are the best I’ve found. I use their in-ear headphones to work-out and their noise cancelling headphones to travel. Whether I need motivation, or to tune-out, I reach for Bose. Their headphones go with me everywhere.”

The agreement was finalised after McIlroy visited the Bose R&D facility in Framingham, Massachusetts at the company’s world headquarters.

“Rory got to see our commitment to research,” said Maresca. McIlroy commented that it became clearer why and how Bose products excel in such a crowded market. “They are driven. They innovate. They make the investments to outperform the competition. And I can relate to that.”

Bose Corporation was founded in 1964 by Dr. Amar G. Bose, professor at the Massachusetts Institute of Technology. Today, the company is primarily known for acoustics; however, its research has resulted in products for non-audio fields.