The tournament starts at Phoenix Gold Golf & Country Club Pattaya, Chonburi, on Thursday and as well as a cheque for 45,000 euros, there are several chances to qualify for this summer’s major championships through the tournament.

The winner will earn a place in the Evian Championship at Evian Resort Golf Club and the AIG Women’s British Open at Woburn. In addition, the top five players on the LET order of merit after Sunday’s final round will qualify for The Evian and the leading three LET members in the Ladies European Thailand Championship, not otherwise exempt, will earn a place in the British Open.

Third ranked Henseleit, who claimed her maiden win on the LET Access Series on Saturday, is in Thailand for the first time but is ready to challenge following six top-10 finishes, including two second places at the Omega Dubai Moonlight Classic and La Reserva de Sotogrande Invitational, in her first season as a professional. 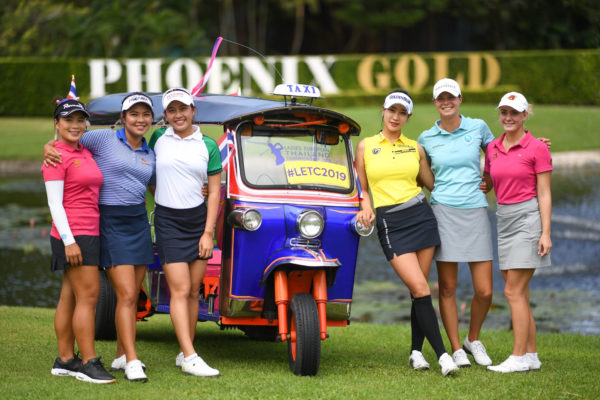 The 20-year-old from Hamburg, Germany, said: “Winning was a great experience, another great week for me and I played well. I have taken a lot of confidence from it and I hope I can do well. It would be great, and it is important that I try and stay in the top-five of the Order of Merit so that I get into the Evian Championship. If I play well this week then I will achieve that. Winning back-to-back would be amazing and I am going to try and do it.

“I am going to do a lot of work on the greens today and tomorrow, so that I get used to the grain. I think they are very different from Europe, so it is important to prepare for them. It is my first time here, so I need to work out my strategy for the Phoenix Gold Golf and Country Club. I also need to get some rest so that I am recharged to play well this week.”

Engström is another young star hoping to make the most of this week’s opportunity. The 18-year-old from Sweden, has just completed her high school exams, which will allow her to focus on her golf fully for the first time.

She finished T15th in the tournament last year, on her way to becoming the 2018 Rookie of the Year on the LET and said: “I am excited to be back. It is a great course and amazing place to be at, it is really fun to be back, and I am looking forward to the week.

“I would like to finish in the top-10. My focus to start with is to make the cut and then build on that. The goal when you go into a tournament is always to win but I would be happy with a top-10.

“I have heard that this week it is expected to get warmer and warmer each day. It is nice to have a bit of a breeze today. Last year when we arrived it was already really hot, so it is nice to ease ourselves in this time around. When the hot weather strikes on Thursday, I will be prepared!”

The local challengers include former champions Kanyalak Preedasuttijit and Atthaya Thitikul, as well as Chonlada Chayanun, who are joined by the popular South Korean golfer Hyun Ju Yoo, who has 142k followers on Instagram, almost as many as Carly Booth, with 149k.

Live coverage of the LET Thailand Championship can be followed on TrueSport HD3 on June 22 and 23 between 1pm – 4pm. Tickets, Bt100 per day per person, are available at the public entrance to the course. Those under 18 and over 60 are exempt from entry fees.

Sustainable golf brand OCEANTEE has become the first ever sports brand to be recognised by The Global Good Awards.